Autism is a complex neurological and developmental disability that appears within early developmental stages of life. Autism affects the normal functioning of the brain, communication development as well as social skills of the child.[1] Autism has been regarded as a life-long condition and it cannot be cured. However, severity may decrease through special education and treatments. Males tends to have a higher prevalence than female.[1]

The Diagnostic and Statistical Manual of Mental Disorders  I (DISM-I) had not made autism in its own diagnostic criteria.[2] It is only from DSM-II, Autism has placed in a distinct diagnostic category. [3] In DSM-V, Autism has been altered to Autism Spectrum Disorders (ASD).[4]

According to the DSM, Autism is related to a group of conditions that were included collectively in the diagnosis. In order for an individual to be diagnosed with ASD, he/she must meet all the criteria for the impairment of social interaction, communication and at least two signs of repetitive behaviour.[4] An individual whose condition would have previously met the criteria for Asperger’s Syndrome or a Pervasive Developmental Disorder – Not Otherwise Specified (PDD-NOS) would not be considered as ASD with a lower severity level.

To date, the cause for ASD is still unknown. Some argued it to be a result of, the abnormalities in the rate of early brain development.[5] Happe and Ronald (2008) explained the most common contributory genetic, cognitive as well as neurodevelopmental factors that contribute to the characteristic triad of symptoms of ASD. (For example, language delay, social impairment and repetitive behaviour).[6]

Kinney et al., (2010) has explored nine environmental factors for which exposure prior to conception, appears to be associated with increased risk for Autism.[7] It is crucial to identify these factors which may include environmental change, medical and physiotherapy interventions;  which maybe conceivable to limit of the activating vulnerability and consequently can lessen the prevalence of the vulnerabilities and their association with ASD.[8]

It is not a doubt that, the prevalence of ASD around the globe among children is on the rise. Phetrasuwan, Miles and Mesiiboy (2009) indicated that in the United States, there were 0.4 or 0.5 children with ASD among 1,000 children prior 1985 and the recently this has been increased to 1 in 150 children. According to 2010 statistics from the Centres for Disease Control and Prevention, 1/100 children in the US is diagnosed with some form of Autism.[9]

Children with ASD diagnosis presents some core deficits, the symptoms can be diverse, ranging from those severely affected by numerous attributes to fewer characteristics.[9] However, Isaksen, Diseth, Schjølberg and Skjeldal (2013) argued that it maybe unclear as to whether the increase in the prevalence of autism represents a genuine change in the commonality of the disorder or simply due to the methodological issues, broadening of diagnostic criteria, and increase public and professional familiarity with the conditions or better accessibility of services.[10] 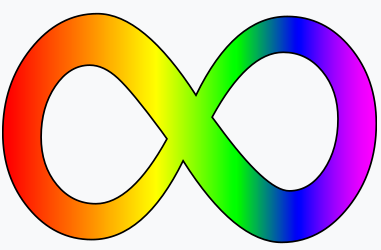 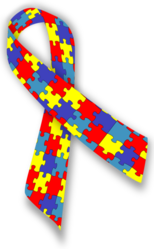 The developmental delays could possibly affect the children’s gross and fine motor skills. The goals of physiotherapy to gather information from parents, clinical physicians and other multi-disciplinary team members. The role of  the physiotherapist is to take care of autistic children with motor impairments in the body (for instance; issues with respiratory control and coordination level, improvement in posture, and addressing misalignment in the musculoskeletal system including chest wall deformities as well as foot and ankle misalignment issues.[11]

Normally, the assessments and treatments can take place in various settings (for examples: home, day care, community centres, clinics, hospitals, rehabilitation centres and fitness centres.)  Physiotherapists are also involve with rehabilitation after injuries where a child maybe injured from a fractured leg and required rehabilitation treatments. However, the physiotherapists must take the diagnosis of autism into consideration when designing treatments sessions. This is due to the fact that many of the physiotherapy sessions are very structured in nature. Teaching them to be comfortable and competent in their bodies is an essential part of the treatment.[11] 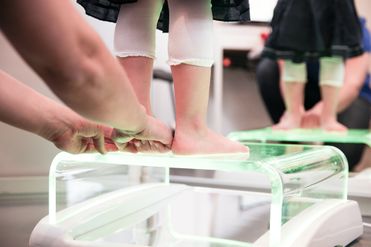 Characteristics of Children with ASD with Motor Difficulties[edit | edit source]

Children with ASD may appear awkward in their motor skills and movement. Many of these coordination problems when combined with communication, social skills and behavioral problems can lead to more complex learning difficulties in the later development such as playground and sporting skills.[11]

Exercise based physiotherapy treatments include age-appropriate physical and motor skills, like jumping, clapping hands, skipping, hopping and throwing, kicking or catching a ball. 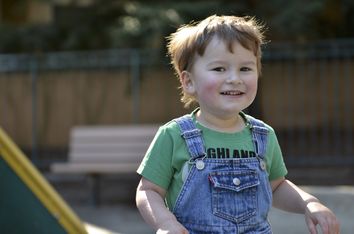 In relation to motor skill development, physiotherapists had argued that swim instruction methods for children with an ASD can lead to faster learning of these skills. Some research argued that Hydrotherapy can be a beneficial form of exercise for autistic children. In addition, exercise-based physiotherapy can be highly beneficial for children with Autism.[12]

Hydrotherapy has been commonly used to treat Autism patients. This usually takes place in a swimming pool. The pressure and temperature of the water pressing against the body can sooth an autistic child. Water as a property form can provide a claiming sensory input while the child preforms exercises designed to improve range of motion and overall mobility. Warm water can recue body weight by 90%, decreases the force of impact on the body, relaxes muscles and reduces spasticity, making water the ideal medium to rehabilitate the body.[12]

There are some children without a clear neurological disorder present with poor motor abilities before 7 years of age. Some of these children could be considered to have Developmental Coordination Disorder (DCD) in DSM criteria. However, it appears that the majority of children with DCD are identified after starting school. In some cases, poor motor performance at preschool age, is considered as one of the first clear signs of another comorbidity for developmental disorder such as ASD or Attention Deficit Hyperactivity Disorder (ADHD). Although motor disorders can occur on its own, it has been suggested that they frequently coexist with ADHD and ASD.[13] Motor control difficulties are very common in ASD children. DCD is found to present in about half of all individuals with ASD and ADHD. Recently, research has increase in the search for the links between DCD and ASD.[13][14][15]

Study by Kopp found that school girls with ASD and/or ADHD, with average or near average intellectual level, had more motor coordination problems than girls from the community population. 4 out of 5 pre-school girls with ASD had motor coordination difficulties. Some differences in motor and sensory performance were found across the main diagnostic groups, with more gross motor and sensation impairments in the ASD group than the group with ADHD.[16] Motor coordination problems were also associated with a decreased ability in daily living skills. These results confirmed that poor level of adaptive daily skills are not only related to social, communicative and attention impairments but also to motor difficulties. 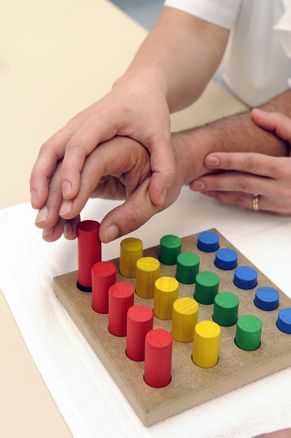 One of the reasons of the low participation rate in Physical Education (PE) for children with ASD (53%) and ADHD (38%) could be associated with problems in main diagnosis and associated motor impairments.[16] Cairney et al (2005) found that children with DCD are less likely to be physically active.[17]

It has been argued that, there is need for better-tailored (Physical Education) PE for children with neuropsychiatric disorder, promoting the development of motor skills, with sense of self-efficacy and physical fitness.[18]

The United Nations Sustainable Development Goals suggested the importance of early childhood development to enable children to reach their full potential, with physical development being the top priority, and a critical component for growth.[19] [20]It is widely accepted that children are required to perform basic motor skills such as locomotor (running and jumping), balance (standing on one leg), object control (catching, throwing and kicking) and fine motor tasks (using a pencil and scissors)[21][22]

For example, motor skills are said to form the foundation for sport-specific skills are predictive of physical activity participation and have been linked with cognitive outcomes.[22] Poor motor skills has also been reflected in childhood obesity, which is associated with short and long term adverse health related consequences.[23] Furthermore, a deficit in motor skills may insist, the presence of a developmental or medical condition, requiring specialised interventions.[24]

Children with ASD have poor motor performance, hence it is recommend that early intervention programs focus on motor development. Physiotherapists can stimulate the learning of functional motor skills to help the child compensate for motor skills disturbances.[25] 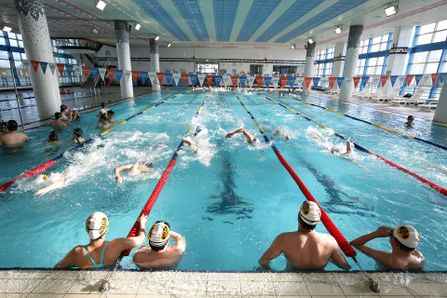 Importance of Physical Education and activity for ASD children

Physiotherapy treatments and education to Children with ASD are important due to the motor related difficulties they encounter during their developmental stage. The treatments have been successful in improving and decreasing the severity level of their weak muscle control which result in many other consequences when they grow up if left untreated.

Physiotherapists should engage in plays based therapy/exercise interventions, where they can teach the children to be confident and comfortable of their bodies. This will lead to better outcome in the future for many children with ASD.