Jacobsen syndrome is an uncommon genetic syndrome, with around 200 cases reported worldwide. The prevalence of JS has been estimated to be at 1 in 100,000 newborns with a female/male ratio of 2:1. Around 8-15% of cases are caused by a deletion from a balanced parental chromosome translocation or rearrangement. Considering that 85092% of cases are of a de novo origin[3].

The severity of symptoms depends on the location and size of the deletion. The prevalence of Intellectual disability in individuals with JS is 97%. developmental delay 68-75%, platelet anomalies 88.5-94%, congenital cardiac malformation 56%, [3] Around 20% of children die during the first two years of life, the main causes are complications of CHD and bleeding disorder caused by thrombocytopenia[4].

It is caused mainly by loss of genetic material in chromosome 11 as an entirely random error in cell division in most cases. It can occur during the formation of reproductive cells or early on during fetal development. The number of genes deleted from the chromosome will determine how severe the disorder is.

Majority of the cases are not inherited. 5-10% inherit it from the unaffected parent who have genetic material that is rearranged but still present in chromosome 11. This is called balanced translocation. 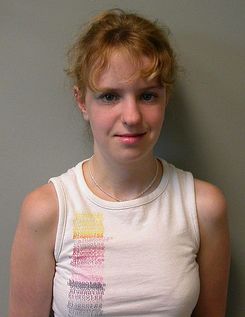 Diagnosis is based on clinical findings (thrombocytopenia, intellectual deficit, and facial dysmorphic features) and must be confirmed by cytogenetics analysis[2].

Some of the clinical features of children with Jacobsen syndrome are shared with Tuner and Noonan syndrome; such as short and wide neck, short stature, ptosis, pulmonary or aortic stenosis, and down-slanting palpebral fissure. Some children with JS have had clinical diagnosis of Kabuki syndrome due to mental retardation, unusual palpebral fissures, short stature, and finger-pads[2].

Post diagnosis, a complete evaluation needs to be performed by a multidisciplinary team which includes a pediatrician, cardiologist, neurologist, physical therapist, ophthalmologist etc. Medical management is tailor made according to the signs and symptoms exhibited by the patient.

Children with JS may also require surgery and hematologic complications need to be taken into consideration preoperatively.

Jacobsen syndrome is a chromosomal disorder in which children with JS will have a global developmental delays, presented by delayed motor and speech milestones. Hence, they should be referred to physical and/or occupational therapists for early intervention in order to overcome the motor developmental delay[8].

Bobath approach is developed through observation of the child and the desire to find the best solution to overcome the motor delay. Each child should be assessed in terms of individual movement expression and the potential to maximize their movement efficiency. Treatment cannot be repetitive or stereotype as it has to continuously adapt to the individual's progression. The Bobath approach is a goal-oriented and task-specific concept that aims to change the construct both the internal and external environment in which the individual and the nervous system can function efficiently and effectively.

Integrating play within Neurodevelopmental treatment (NDT) is proven to have many benefits in improving developmental delay. It improves cognitive and perceptual skills and acts as a stimuli for normal movement patterns by providing appropriate activities.

The adaptation of children with activity is essential for an effective play activity. That involves:

A proportion of children with JS die in the neonatal period, due to severe heart malformations and bleeding. Surviving patients require long-term care including surgical and medical interventions. Life expectancy is unknown.