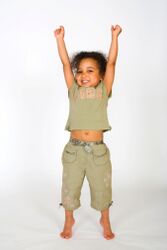 It was developed since scales such as the Gross Motor Function Measure (GMFM), the Functional Mobility Scale (FMS), and the Berg Balance Scale (BBS), all lack qualities that were directed towards higher functioning children with cerebral palsy, higher level of gross motor ability, or limitations for children with hemiplegia. [1]

A 'functional walk' can be classified as the ability to stop, start, turn, and get into a position. [1]

It is expected that all the items on the test can be performed by a 4-year old without motor impairments. [1]

The scale was initially developed in several stages. It was primarily developed as an ordinal scale, from a focus group of clinicians and therapists who identified characteristics and items of functional walking. Subsequent to this, items were removed and reliability testing was conducted. [1] 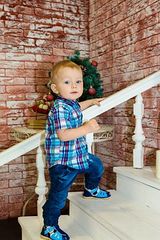 The Functional Walking Test consists of 11 tests, divided into 5 categories: [1]

Specific rules and guidelines of the test are explained in a manual that comes with the test. [1]

Of these five categories, items examined include the ability to walk on one's knees, to ascend and descend an incline, and to walk on a narrow beam. These actions test for aspects of balance and postural control necessary for gait. [1]

The test is quick and easy to conduct, taking less than 10 minutes to score. It is done on a special scoring template, and takes minimal equipment and space to conduct. [1]

The FWT was designed to be a quick and simple assessment of functional walking ability. This is classified to fit within the 'activity' category of the International Classification of Functioning, Disability, and Health (ICF). It's specific purpose is to assess physical function and balance associated with gait, without targeting any other areas of gross motor function. [1]

It does not address any other aspects of the ICF, such as, Bodily Structure and Function, or Participation. [1]

When a more holistic profile of a child is needed, the FWT can be administered with other measure or tests, which address the other respective aspects of the ICF. [1]

To assess the reliability and validity of the Functional Walking Test, it was compared to sections D and E of the GMFM. The GMFM is a clinical measure that was intended to test for changes in gross motor function in children with cerebral palsy. The GMFM is a scale used as a benchmark, which has gone through various tests of reliability and validity. When a test and retest, of the FWT and the GMFM, at a future date, were compared. The tests using the FWT had a high correlation in relation to the GMFM, which indicated that the FWT had a high reliability and validity. Correlation values were 0.86 and 0.87 at two different times, with a correlation coefficient greater than 0.76 indicating a strong association. It was seen that subjects achieved less than the top score when completing the FWT, whereas they would easily achieve the top score when completing the GMFM. This indicates that the FWT may be presenting more challenging tasks than the GMFM. [1]