Concussion results in a constellation of physical, cognitive, visual, emotional, and sleep-related disturbances. Signs and symptoms are broad and include headache, dizziness, gait and balance disturbance, nausea, vomiting, photophobia, trouble focusing, and fatigue. A person with concussion may have slowed mental processing, concentration deficits, memory impairment, irritability, anxiety and depression. [1][2]

An assessment to address emotional stability is beyond the scope of the physiotherapist.The gold standard for the diagnosis of mental disorders remains the structured clinical interview with a neuropsychologist. Self-report measures can play an important role in screening patients in the physiotherapy setting for referral to a Neuropsychologist/neuropsychiatrist.

Research has shown that concussions can cause new-onset anxiety, and can worsen existing anxiety.[3][4][5] Individuals with a mental health history are at risk for greater depressive and anxiety symptoms post-injury[6] worsening of their pre-existing mental health condition[7], and development of a novel mental health condition.[8] Neurometabolic disturbance secondary to concussion exhibits a similar pattern of brain alterations as individuals diagnosed with clinical depression on advanced neuroimaging.[9] There is evidence of alterations in limbic-frontal circuitry after concussion that resembles the functional alterations seen in major depression.[10]

Other neurochemical changes consistent between mood disorders and concussion are the presence of serotonin disturbance[11] and decreased dopamine in the prefrontal cortex and brainstem.[10][12]Organic brain changes may provide an explanation for mood and anxiety symptoms post-injury in the absence of pre-injury mental health conditions. Anxiety is often triggered by a vestibular event, though maybe maintained by psychosomatic factors.[13] For instance, an athlete with a vestibular disturbance may experience dizziness and anxiety when running sprints at practice, and then begin avoiding any physical activity or movement of their head for fear of re-experiencing the dizziness. When conducting vestibular-oculomotor screening, clinicians should be aware of signs of anxiety given the overlap in the symptoms of anxiety and vestibular dysfunction. If anxiety is not properly identified and addressed, it may interfere with the efficacy of treatment.[14]

Impaired reaction time (RT) is one of the most common cognitive sequelae of concussion. It represents one of the most sensitive indices of cognitive change following concussion[15] and has prognostic value in predicting time to recovery.[16] Reaction time deficits occur after injury,[17] with a gradual return to baseline.[18][19] Impaired RT generally parallels the presence of other self-reported concussion symptoms[20][21] but in some athletes RT remains impaired even after the athlete has become asymptomatic.[22][23][21]  RT is an important component of the physiotherapist’s concussion assessment toolkit that can increase the sensitivity of the clinical examination for detecting the effects of concussion.

Dr James Eckner created a test that involves a systematic approach to dropping a weighted stick that is calibrated to reflect speed of reaction for catching it. The athlete holds his or her hand around, but not touching, a rubber puck at the bottom of the stick, then the physiotherapist drops the stick, and the athlete catches it on the way down. The physiotherapist marks where his hand lands, and this becomes a baseline measure of athlete’s reaction time. Theoretically, should a player later be suspected of having sustained a concussion, the physiotherapist could pull out the dowel-puck, repeat the test, and, if the player’s reaction time were slower, conclude that he or she likely was concussed. RT appears sensitive to the effects of concussion and distinguished concussed and non-concussed athletes. The dowel-puck RT test is simple, low cost, and requires minimal time.[24] 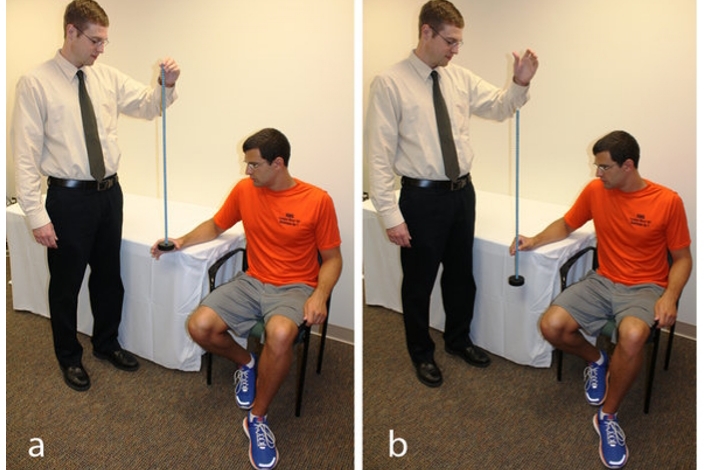 The assessment of cognitive functioning is an important aspect in the management of concussion. However, the psychometric properties, especially validity, and clinical utility of NCATs have yet to be consistently established.[25] CogState/Axon/CogSport is commonly used in Australian athletics and South African Rugby. CogSport is a computerized neuropsychological test battery that measures psychomotor function, speed of processing, visual attention, vigilance, and verbal and visual learning and memory.[26] The computerised test employs a series of eight “card games” to examine cognitive function including simple reaction time, complex reaction time, and one-back and continuous learning.

ImPACT is reported to have good sensitivity, specificity and construct validity with standard neuropsychological tests that are sensitive to cognitive functions associated with mTBI[27] however its test-retest reliability has been shown to be somewhat inconsistent. Although neurocognitive tests can contribute to the overall clinical picture, they should not be considered in isolation or favoured over multidimensional clinical assessment approaches. Future research that improves the objective diagnosis of concussion and highlights individual risk factors, as well as patterns of clinical recovery, and the ability of the NCAT to help the clinician with return to play decisions will inform best practice in concussion management programs.[28]

Concussion symptoms normally resolve within 7-10 days but vertigo, dizziness and balance dysfunction persist in up to 10-30% of cases causing significant morbidity (Murray et al, 2017) and are the strongest predictors to prolonged recovery following concussion.[29] Deficits in postural control may be evident as early as 24 hours post-concussion and can last for up to six months.[30]

During a concussive event, damage can occur to the vestibulo-ocular system as well as the afferent input from the cervical spine. The altered messages arising from these systems can lead to changes in the efferent input to the somatosensory system and a crescendo of maladaptive patterns may occur.  Previously concussed participants demonstrate a delayed ability to selectively enhance specifically relevant somatosensory information,in comparison with healthy controls.[31] This may lead to further deficits in balance, proprioception and body position, and if unaddressed may leave athletes vulnerable to further concussive and lower extremity musculoskeletal injuries.

Force of impact has been shown to be reduced by 67% when the head is aligned with the torso.[32] Adequate proprioception of cervical and lumbar trunk muscles helps to minimise injury by enhancing the player’s ability to pre-set the head in an optimal position.[33]. These muscle groups are largely modulated by the vestibulo-spinal system where alteration in input can lead to changes in the deep cervical and trunk muscles. For this reason, we need to look at testing trunk and cervical proprioception. Understanding the effects of concussion on the postural control system is imperative to complete a physiotherapy assessment.

Normalisation of range and a decrease in pain symptoms is imperative for concussion patients. As part of the manual therapy assessment, you need to assess for the following:

This test is considered a primary measure of mismatched cervical afferent input leading to abnormalities with sensorimotor control.The test is positive in whiplash patients[34]

Part 1 of the test-Tests for eye movement control with the head and trunk in neutral. Then it is compared with part 2 of the test when the trunk is rotated[35] . The head sits in neutral over the trunk. The patient is asked to follow a pen with their eyes in a figure of 8 pattern.

Part 2 of the test-This test detects eye movement changes due to changes in the cervical afferent input.[35] The head remains in neutral while the trunk is rotated 45 degrees[34] in either direction.[35] With a positive test:

If the patient has poor performance with the head and trunk in neutral (Part 1 of the test) and the performance remains the same with the trunk rotated (Part 2 of the test) then it is most likely a CNS disorder and not sensorimotor impairment.[35]

The vestibulospinal system is responsible for postural control. Balance is commonly disrupted[36][37], especially within the first few days after a concussion.[37][38] Balance impairments alone as a measure of a vestibular system injury may be limited because objective clinical balance impairments recover for the majority of athletes within 3 to 5 days after the injury.[38][39]

The BESS is an objective measure of assessing static postural stability or balance (designed for the mild head injury population, to assist in return to sports play decisions).  It consists of six stances, three on a firm surface and the same three stances on an unstable (Airex foam) surface.[38][39]The athlete  stands with eye closed and hands on iliac crests for 20 seconds in 3 stances: feet together, single-leg stance on the person's non-dominant leg and tandem stance (standing heel to toe with non-dominant foot at the back) .[38][39]

For every error made (lifting hands off the iliac crests, opening the eyes, stepping, stumbling, or falling, moving the hip into more than a 30 degree of flexion or abduction, lifting the forefoot or heel), one point is given. If the patient remains out of the testing position for more than 5 seconds, the highest possible score of 10 is given,The higher the score, the worse the athlete has performed. The maximum total number of errors for any single condition is 10.

The BESS test has very good test-retest reliability[39] , low to moderate sensitivity, with high specificity [40]. The BESS has only been found to be useful within the first 2 days following injury[40][19] 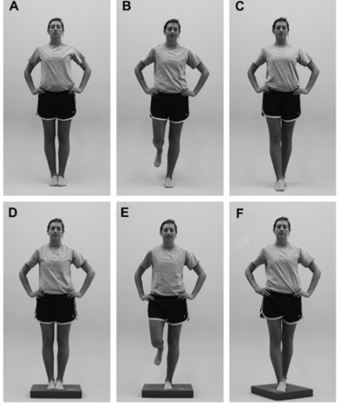 Figure 2- The testing conditions for the BESS test

Postural stability is the ability to control the centre of mass (COM) in relation to a person's base of support and can be affected by both musculoskeletal injury and traumatic brain injury. The NeuroCom SOT can be used to objectively quantify impairments to postural stability. This test has the ability to predict injury, and can be used as an acute injury-evaluation tool in the screening and rehabilitation process.

The SOT uses a force plate to create six sensory conditions to objectively test for any abnormalities in the patient's use of somatosensory, visual, and vestibular systems to maintain postural control. The test conditions systematically eliminate useful visual and proprioceptive information in order to assess the patient's vestibular balance control and adaptive responses of the central nervous system.[41] The SOT has limitations as it is impractical for sideline use and the equipment is costly. It is reported to have a low sensitivity but high specificity.[40] 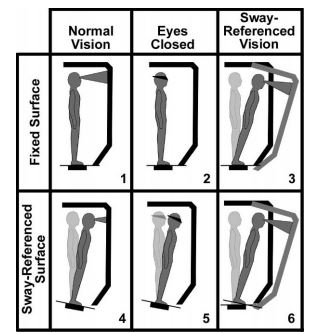 Figure 3- The Six conditions of the Sensory Organisation Test

Dizziness is an extremely common symptom after head trauma and is frequently dismissed as post-concussion syndrome. With concussion patients who complain of dizziness, it is hugely important to be able to differentiate dizziness from vertigo. Dizziness is a feeling of unsteadiness or light-headedness, whereas with vertigo, the world keeps moving even when a person is still, and is often in response to a change in head movement.

When symptoms occur in episodes of brief duration and are related to movement of the head, clinicians should consider a diagnosis of benign paroxysmal positional vertigo (BPPV). Specific neurological examination can diagnose this condition and importantly vestibular manoeuvres exist that can correct this disabling and under-recognised disorder.[42]

The Dix-Hallpike manoeuvre is the gold standard for to identifying BPPV. This disease process is thought to be caused by dislodging of calcium carbonate crystals (otoconia) from the otolithic membrane within one of the semi-circular canals of the inner ear. This dislodgment physically displaces hair cells on movement and creates persistent action potentials until the response is fatigued, generally within 30 to 60 seconds. This results in the sensation of movement and nystagmus characteristic of vertigo in brief paroxysms with positional changes of the head.

The posterior semi-circular canal is affected 90% of the time in BPPV, and lateral canal pathology causes approximately 8% of cases. The patient is positioned recumbent with the head back and rotated toward the affected ear. Typically, after a five to 20-second delay, this will cause vertigo and rotary or up-beating nystagmus, which will resolve within 60 seconds.[43][44] 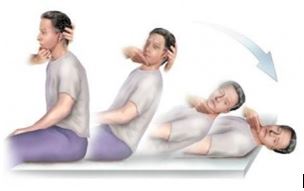