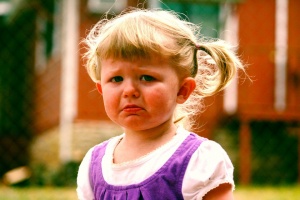 As therapists we focus on motor function and setting functional gaols. Most of the time quality of life is our main aim during treatment of a child with cerebral palsy. Parents often travel far for treatment sessions and therapists only have the hour or thirty minutes booked to see the child and family. In many cases the child can present some challenging behaviour during these sessions and limit the amount of goal directed activities. In many cases the behaviour can be very disruptive during a session, how much greater can this disruption be on the family unit on a daily basis? Do we ever look at the function of a family as a whole? Is it possible for a family to function effectively when it is subjected to behavioural problems of a child with cerebral palsy? Behavioural problems are common amongst children with cerebral palsy; noted by parents but easily overlooked by therapists and these behavioural problems does not only affect the child but the daily activities of the family.[1] It will be beneficial for the family and the therapist to address these behaviours to ensure optimal treatment sessions and better function at home for the family.

What is Behavioural Problems?[edit | edit source]

Behavioural problems can be described as actions taken by a person that is not socially acceptable and interferes with activities of daily living. These behaviours can vary from difficulty with peers, attention problems, hyperactive behaviour, emotional problems, increased dependence, withdrawal, obstinacy and anti-social characteristics.[2]

In many cases children learn certain behaviour as it leads to a desired outcome, for example screaming for attention or using tantrums to get their way or avoid certain tasks for example brushing teeth or other grooming activities.

As stated before behavioural problems are common amongst children with Cerebral palsy though the relationship with regards to intrinsic and extrinsic factors are just beginning to be explored. Studies have shown that these behaviours do not appear to be related to socio-demographic variables or cognitive and physical characteristics, but there is a correlation in relationship to parental distress.[2] Unfortunately children’s behavioural problems are also one of the strongest indicators of maternal stress, especially with relating to burden of care.[7] This indicates a vicious cycle of the one impacting on the other that can have a negative effect on the child and family.

It is well known that actions speaks louder than words and in this case even more so. By modelling appropriate handling principals during our session’s parents can learn in a practical way how to better manage behavioural problems. Each child is unique and has a different temperament. Therefore our handling of the child needs to adapt to the child’s behaviour, what might work for one child may not for the next.

Making use of a routine[edit | edit source]

Structure your session according to a routine,[8] making use of known activities and introducing new ones but always prepare the child for the change. This can prevent the child from becoming upset which can prevent tantrums.

It is very important to set boundaries in a therapy session that is similar with the boundaries set by parents at home. This will reinforce the social norms and compliance to these norms.[8]

Use distraction to guide the child away from the non desired behaviour and engage in another activity.

When a child’s behaviour has deteriorated during a session and he/she does not respond to other handling principals, make use of time-outs, and remove the child from social interaction for a time, usually one minute for each year that the child is old. Once the child has calmed down, explain to the child why they were in a time-out. Though children with Cerebral Palsy often have impaired cognitive function it is important to use communication in which ever form to ensure that the child understand the reason for the time-out. Once a child returns from a time-out engage in an activity, avoid soothing the child as this can reinforce tantrum behaviour.[8]