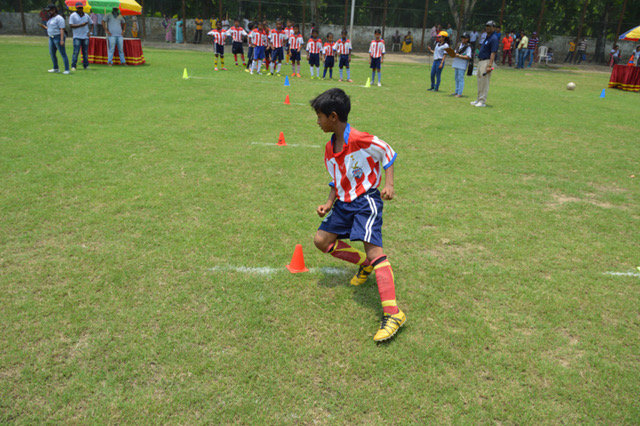 Agility is one of the performance-related component of physical fitness.[1] It is defined as “a rapid whole-body movement with change of velocity or direction in response to a stimulus” by Shepperd and Young, 2005.[2]Agility has both movement and reactive elements. Meaning agility must involve a reaction to a stimulus, for example, a goalkeeper reacting and saving a penalty kick in football.[3]

This image shows the various sub-component of agility.[3]

Agility involves both movement and reaction to the stimulus, whereas COD is the movement component of agility in isolation. Previously, the terms ‘agility’ and ‘change of direction ’ are often used interchangeably, and much research has been done on COD thinking as agility. As a main example, the T-test, Illinois agility test, arrowhead agility test, and the pro-agility test have all historically been referred to as agility tests, simply because they require an athlete to complete a pre-planned course of directional changes as quickly as possible. But recent knowledge has distinctively separated these two terms and the tests mentioned above are the tests to assess COD instead of agility.[2]

In an example of a COD scenario, cricket batters can score more than a single run by performing a 180° turn at each end of the pitch. To perform this effectively, the player must visually target the crease, adjust the steps, and decelerate before stopping and reaccelerating in the opposite direction. It is a movement whereby the choice of technique that will be performed and the location and timing of the movement can be pre-planned.[2]

‘"Quickness’’ is seemingly used interchangeably for both agility and change of direction speed. Quickness has been identiﬁed as ‘‘a multi-planar or multi-directional skill that combines acceleration, explosiveness, and reactiveness’’.[4] But it does not include deceleration or changing direction. [4]