The Ottawa Knee Rules determine the need for radiographs in acute knee injuries. This screening tool was developed because of the need for a rapid and accurate way to avoid unnecessary imaging.

"Plain radiographs of the knee are among the most commonly ordered radiographs in U.S. emergency departments; 60% to 80% of patients with knee pain have a knee film at an estimated annual cost of $1 billion."[1] 92% will not have a fracture.[2]

An estimated 1.3 million patients are seen annually in US emergency departments due to acute knee trauma.[3][4] Although only 6% of these patients have sustained a fracture, the vast majority undergo plain radiography of the knee.[4][5][6][7] More than 92% of these radiographic results are negative for fractures and exemplify the many low cost, but high volume tests, that add to health care costs.[8][9]The Ottawa Knee Rules were developed in an attempt to allow physicians to be more selective with radiography, without missing fractures.[10]

A prospective study by Stiell et al found the rules to be 100% sensitive for identifying fractures of the knee with the potential relative reduction in the use of radiography to be estimated at 28%.[11]

Several studies have examined the effectiveness of the Ottawa Knee Rules, with each reporting the Rules leading to a decrease in the use of knee radiography. The Rules were also associated with a reduction in waiting times and costs. Application of the Ottawa Knee Rules worldwide would be very important and advantageous in decreasing health care costs and unnecessary exposure to radiography without risking the quality of patient care.[2][12]

As such, there is an important need for more concise studies to investigate the effectiveness of the Rules in children. Only when the results become consistent should a clear and general conclusion be made. Until then, the consensus is that under the age of 18 years is considered an exclusion criteria.

If one of the following is present, radiographs are indicated:[11] 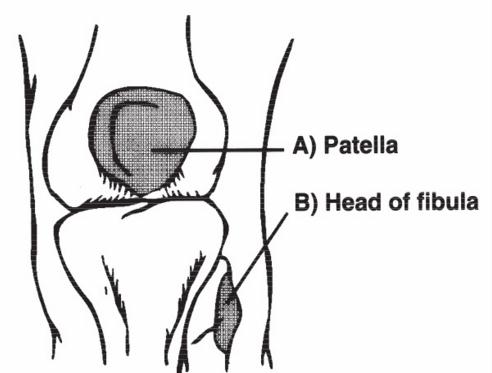 If any of the following are present, the Ottawa Knee Rules may be contraindicated:[15]

How to Perform the Examination[edit | edit source]

When the Ottawa Knee Rules are executed, the following assessments will be performed:[15]

A positive test results when one or more of the following occur: