The Role of Hip Surveillance in Cerebral Palsy

In Cerebral Palsy (CP), the original brain lesion is non-progressive. Unfortunately even though the original brain lesion does not worsen, the children’s musculo-skeletal (muscles and bone) functions deteriorate as they get older and grow into adulthood. Hence one of the greatest practical challenges in CP is maintaining and improving musculo-skeletal function. The hip joint is a common site of musculo-skeletal problems.
Hip displacements is related directly to gross motor function as determined by the Gross Motor Function Classification System (Soo et al, 2006, Hagglund et al 2007, Connelly et al 2009, Kentish et al, 2011)
Spastic hip displacement is the second most common deformity seen in children with Cerebral Palsy (CP) [1]
Hip displacement in CP often occurs already at 2–3 years of age. [2]
The reported rates of hip displacement and hip dislocation in CP children vary widely and have been reported from 2% to 75% (Bagg et al, 1993)
A user-friendly hip surveillance programme that allows for early identification and monitoring is the keystone of management.
Hip Surveillance is the process of identifying and monitoring the critical early indicators of progressive hip displacement [3]. Early identification is an essential part of the strategy for the prevention of hip dislocation and its sequelae.

Hip displacement/ subluxation: Refers to hip displacement where MP is between 10% to 99% [3]. Hip dislocation: refers to when the femoral head is completely displaced laterally out of the acetabulum. MP = 100% [4] 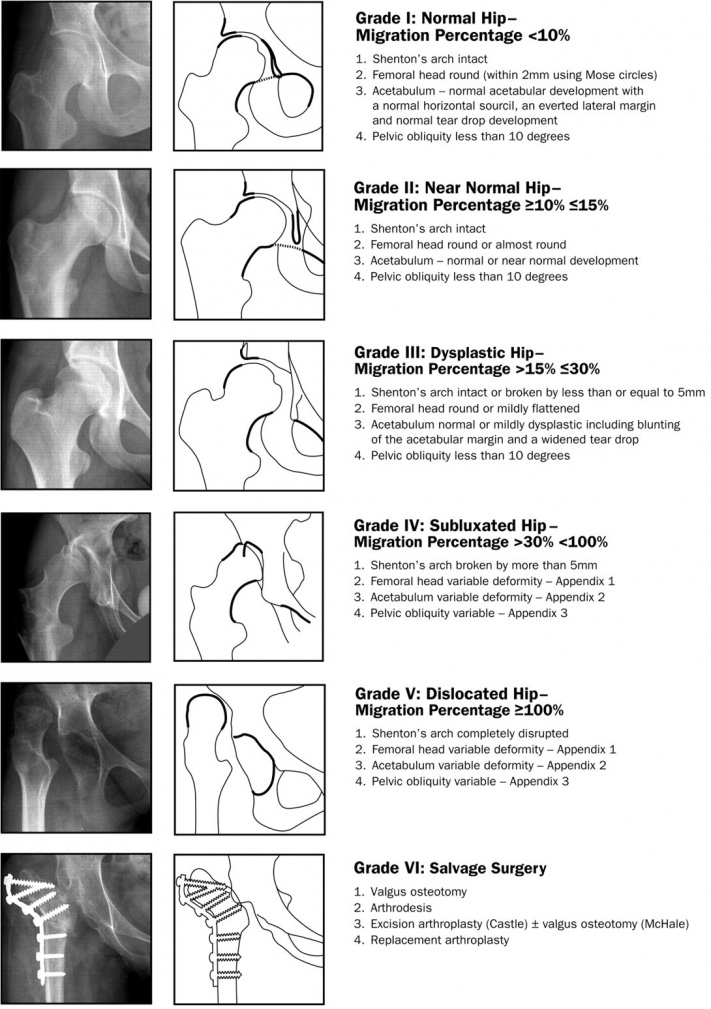 Assessment of range of movement (ROM) of the hip. Unfortunately, hip ROM is not an indicator of risk and not useful for screening [2] 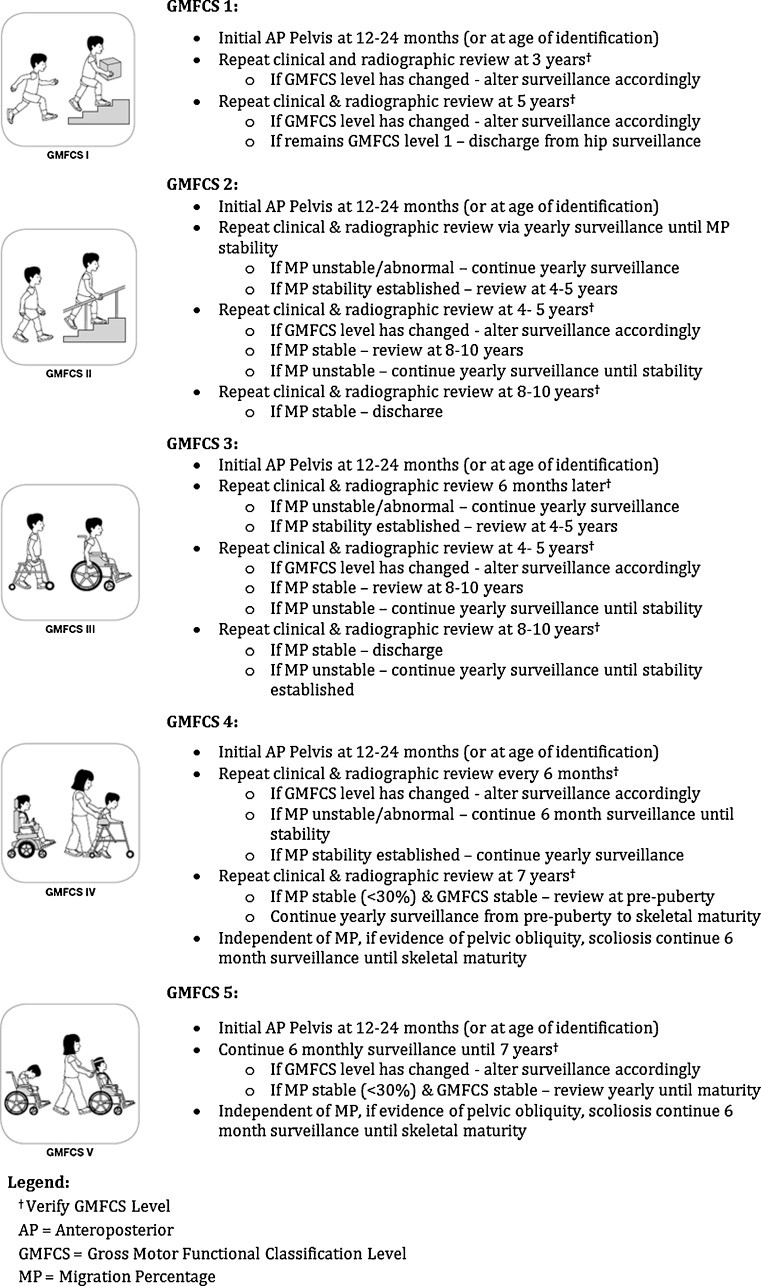