This is an updated copy of the review originally published on Michael Rowe's blog. See original copy here.

This is a short review post for the PHT402 Professional Ethics course that was completed by physiotherapy students from the University of the Western Cape (UWC) and qualified physiotherapists who participated through Physiopedia. It is believed that this is the first time that a completely open, online course in professional ethics has been run as part of a formal undergraduate health care curriculum. 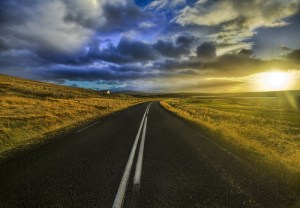 In total 52 UWC students and 36 external participants from around the world attended the online course.

The context of the course, objectives, course activities and participant learning portfolios are available on the project page. The course was aimed at developing in students a set of attributes that went beyond simply teaching them about concepts in professional ethics. In other words, it was about trying to change ways of thinking and being, as opposed to teaching content. It is too early to say whether or not it was achieved, but if nothing else, it seemed to have made a significant impact in the personal and professional lives of some of the participants.

One of the most interesting things about this course has been the enormous variety of perspectives that emerged, which on a personal level have driven the thinking and reasoning in different directions than if engaging with the topic in isolation. From one of the participants, “…it brings on thoughts that I find unsettling“. This is a good thing. One of the points of the course was to put people into those contested spaces where the “right” and “wrong” answers are ambiguous and context dependent. The more we explore those spaces within ourselves and with others, the better prepared we’ll be to navigate difficult ethical situations in our professional practice.

Running the PHT402 Professional Ethics course in this way has been an enormous learning experience and many lessons emerged during the course that were unanticipated. Here are some of the things were done, that was not done before by the reviewer and which challenged the participants to think about different ways of teaching and learning:

After the course completion, research on the data that was generated, was planned. This was always part of the project and as such it had ethical clearance from the UWC review board from the outset:

Find out more about the ethics programme here.