We can distinguish three types of primary ciliary dyskinesia[1]:

Among the different types of respiratory cilia the mobile cilia make the most important defense mechanism of our body, the mucociliary clearance. They carry out an oscillatory movement which allows the cleaning and the elimination of secretions in the airway[3].

Among the main manifestations of primary ciliary dyskinesia we find[2]: 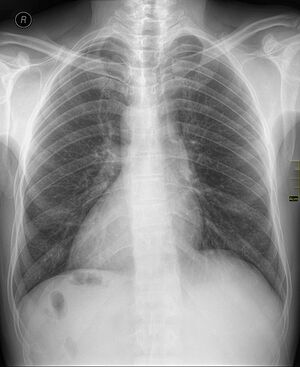 Currently there are no specific treatment for the primary ciliary dyskinesia and a similar approach for the Cystic Fibrosis is used, despite the fact that the genetic and pathophysiological defects and the response to treatment between the two of them are very different[5].

for the medical treatment it is important to treat any change in respiratory symptoms. Pathogens must be treated as early as possible to prevent colonization in both airways, for which the protocols used in Cystic Fibrosis are usually followed. We can highlight treatments with antibiotics, bronchodilators and mucolytics but patients with severe bronchiectasis, recurrent infections, or those with severe hemoptysis can consider lung resection[7].

The main objective is to keep the airway free of secretions to avoid respiratory infections and also improving the patient's lung function. The experts recommend 20 minutes sessions twice a day, increasing sessions when there are respiratory exacerbations[8].

Talking about manual technique for airway cleaning we can highlight[9]:

Among the manual techniques, we can also include percussion, thoracic vibrations and postural drainage, but due to its possible adverse effects, its use has been rejected, limiting itself to non-cooperative patients[9].

Talking about instrumental techniques we can include PEP (Positive Expiratory Pressure) devices[9]:

These techniques facilitate the drainage of secretions from the airways, increase the ventilation, optimize airflow and also let the airflow through colateral airways. The physiotherapist must determine which technique is best suited for each patient. Also physical exercise is also recommended in patients with this pathology to improve the strength of the respiratory muscles, and help maintain lung health[10].