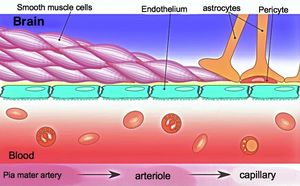 The blood-brain barrier (BBB) surrounds most of the blood vessels in the brain.

The blood–brain barrier was discovered in the late 19th century, when the German physician Paul Ehrlich injected a dye into the bloodstream of a mouse. Surprisingly the dye infiltrated all tissues except the brain and spinal cord, showing that a barrier existed between brain and blood. It wasn’t until the 1960s researchers could use microscopes powerful enough to determine the physical layer of the blood–brain barrier. 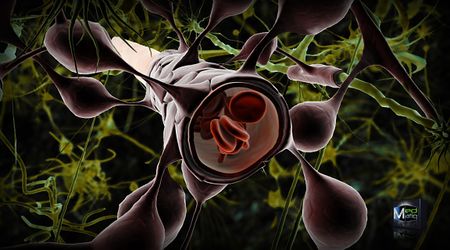 Purpose of the BBB[edit | edit source] 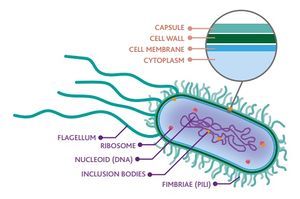 The purpose of the blood–brain barrier