Anatomy of the Equine Hind Limb

The equine hind limb is also referred to as the pelvic hind limb. When working with horses, it is important to be able to accurately assess, diagnose and manage an equine patient. To do this, a good understanding of equine anatomy is essential.

Pelvic hind limb bears 40-45% of the weight and provides the majority of propulsion for locomotion. 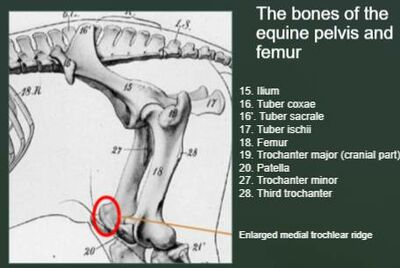 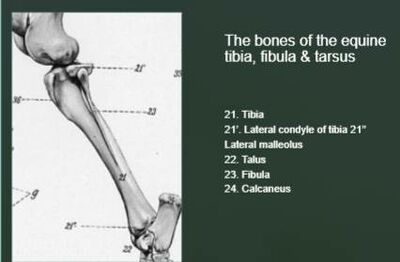 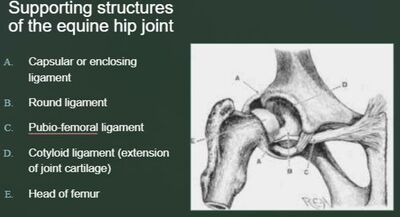 Table of muscles of the Hip and Stifle

Table of muscles of the Stifle, hock and pes 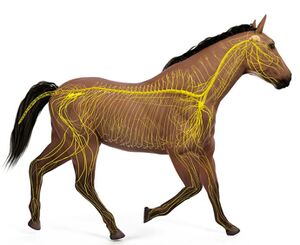 How does the stay apparatus function?[edit | edit source]