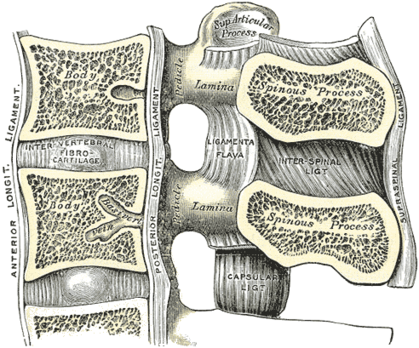 The supraspinous ligament or supraspinal ligament is a strong fibrous cord that connects together the apices of the spinous processes from the seventh cervical vertebra to 3rd or 4th lumbar vertebrae. From vertebra C7 to the skull ligament becomes structurally distinct from more caudal parts of the ligament and is called the ligamentum nuchae.[1] 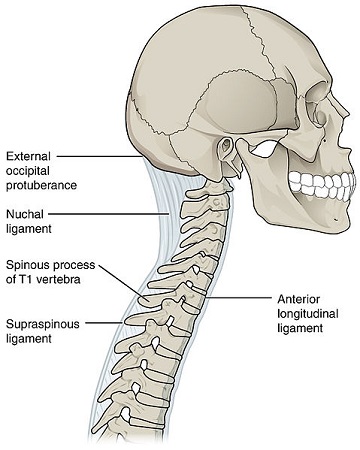 Origin: It originates from C7 vetebra.


The supraspinous ligament is well developed only in the upper lumbar region and may terminate at L3, although the most common termination site appears to be at L4. The ligament is almost always absent at L5/S1.[2]

It is thicker and broader in the lumbar than in the thoracic region, it merges to thoracolumbar fascia.[2]

The most superficial fibers of this ligament extend over three or four vertebræ; those more deeply seated pass between two or three vertebræ while the deepest connect the spinous processes of neighboring vertebrae.