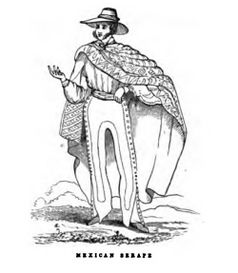 The term serape originates from Mexico, it is a form of cloth that looks like a long blanket-like shawl worn by Mexicans.

There are a group of muscles, in the body, that attach together by fascia forming the same shape of the serape .[1]

These muscles when working together create a give a high force during ballistic motions, such as throwing or kicking.That is why the power they generate is known as the serape effect.

Muscles of the Serape[1][edit | edit source]

Serratus anterior has a direct attachment to external abdominal obliques. Therefore during rehabilitation to increase firing of Serratus anterior activation of the abdominal muscles and rotation causing stretching and a snap back effect, for example as in push ups, the bird dog exercise, and turn wall punch exercise[2] 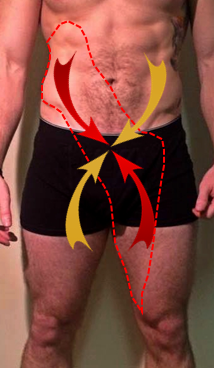