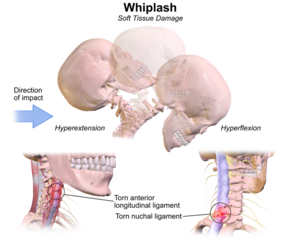 Cervical sprain/strain/tension mainly relates to acute pain from soft tissue injury including muscles, tendons and ligaments, bringing about neck stiffness, fatigue, and range of motion restriction.[1] In road traffic accidents and in the work place and at home, chronic neck pain is possibly 2nd only to chronic lower back pain related to injury and disability claims. At any specified time, about 10% of the population report having neck pain on at least seven days/month, at least 80% of the population reports neck pain of indefinite duration at some time, and in population based studies incidence of acute neck pain occurs 20-30% yearly. These figures are from different countries, there is limited data that in Asia neck pain may be less common.[2] It has been concluded that 14%–42% of patients with whiplash injury report symptoms 6 months postinjury, and 10% of those patients have constant severe pain.[3]

It's considered grade I whiplash because the injured person presents neck pain and / or joint stiffness, does not present neurological or bone alterations.

Whiplash syndrome consists of hyperextension of the cervical spine followed by abrupt hyperflexion. It can cause different types of injuries. In the cervical sprain or whiplash grade I. The lesions that stand out are in the soft tissues, such as the muscles of the anterior face of the neck such as the sternocleidomastoid, scalenes and the long muscles of the neck. The injury may present with intramuscular hemorrhage and / or edema. 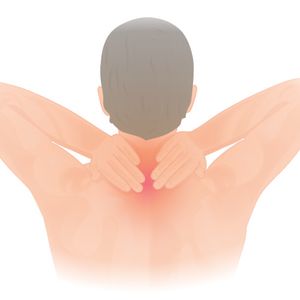