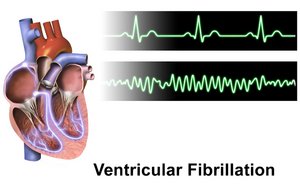 Ventricular fibrillation (VF) is considered the most serious cardiac arrhythmias. Disordered electrical activity causes the ventricles to quiver (or fibrillate) instead of contracting normally. This prevents the heart from pumping blood, causing collapse and cardiac arrest.

VF has been identified in nearly 70% of cardiac arrest patients. Without treatment, the condition is fatal within minutes. The rates of survival for VF patients outside the hospitals have increased slightly however many are left with residual anoxic brain damage and neurological deficits[1][2]. 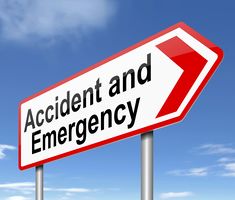 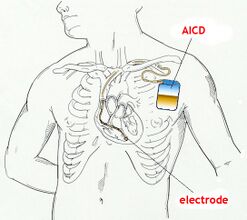 The total annual burden of Out of Hospital Cardiac Arrest (OHCA) was estimated at 356,500 in 2017 in America. At least 23% of OHCA treated by Emergency Medical Service have VF/VT as the initial rhythm. With more than 60% of cardiovascular deaths resulting from cardiac arrest, it remains the leading cause of death worldwide.

Modern advances in assistive devices such as implantable cardioverter-defibrillator (ICD) have had a significant impact on these numbers. [1][3].

Symptoms of VF include: 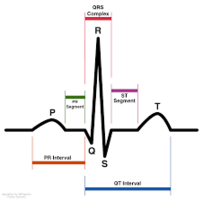 Acute presentation of symptoms and ECG findings lead to the diagnosis.

Patients surviving VF should have a thorough history and physical examination[1]. Including: 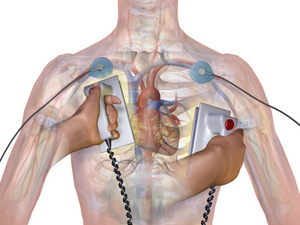 Prognosis of VF depends on the time from onset to early intervention and defibrillation. Shorter delays are associated with survival rates as high as 50%.

VF outside the hospital can be reversed, as today there are defibrillators available in many places. The success of reversal declines at a rate of 5-10% for every minute that is delayed. Unfortunately many develop residual neurological deficits because of anoxia. Full recovery is rare[1]. 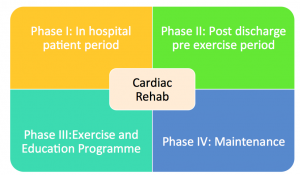 Those at risk for ventricular fibrillation and its serious consequences, the doctor may recommend: