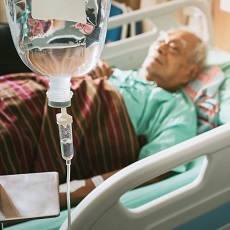 The systemic capillary leak syndrome (SCLS) is a rare disease. Fewer than 150 cases of SCLS have been reported, but the condition is probably underrecognized because of its nonspecific symptoms and signs and high mortality rate. [1]

Systemic capillary leak syndrome (SCLS) causes fluid and proteins to leak out of tiny blood vessels (capillaries) into surrounding tissues. This may lead to very low blood pressure (hypotension), hypoalbuminemia, and thickened blood due to a decrease in plasma volume (hemoconcentration). Initial symptoms may include tiredness, nausea, abdominal pain, extreme thirst, and a sudden increase in body weight. Complications can include general swelling, compartment syndrome, kidney failure, and stroke. SCLS occurs in episodes which vary in frequency, with some people having one episode in their lifetime and others having several per year. The severity also varies, and the condition can be fatal. In many cases, the cause is not known (idiopathic SCLS).[2]

The vascular endothelium is a semi-permeable barrier that controls the passage of fluid and macromolecules between the intravascular and interstitial spaces. Dysfunction of this barrier leads to leakage, with loss of intravascular fluid and protein into the interstitial compartment. Cells and platelets are generally retained within the vasculature, resulting in elevations in white blood cell, red blood cell, and platelet counts. The resulting intravascular fluid depletion can cause hypotension and impair the delivery of oxygen to the tissues. Severe capillary leakage can result in hypotension and shock.[3] 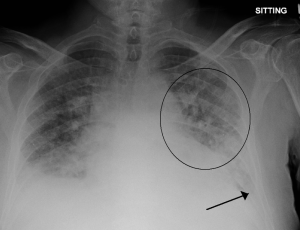 Patients experience shock and massive edema, often after a nonspecific prodrome of weakness, fatigue, and myalgias, and are at risk for ischemia-induced organ failure, rhabdomyolysis and muscle compartment syndromes, and venous thromboembolism. Shock and edema reverse almost as quickly as they begin, at which time patients are at risk for death from flash pulmonary edema during rapid fluid remobilization. [1]

Symptoms of systemic capillary leak syndrome may include:

Diagnosis is made clinically and by exclusion of other diseases that cause similar symptoms and signs.

Its symptoms are similar to those seen in sepsis, anaphylaxis and angioedema, which also causes the capillaries to leak. SCLS also causes low blood pressure, low levels of albumin (a protein found in the blood plasma) and a high red blood cell concentration – all signs of other, more common disorders.[4] 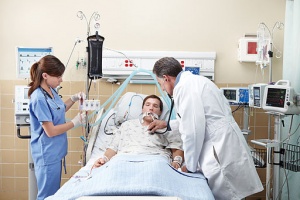 Treatment for systemic capillary leak syndrome (SCLS) is focused on managing the symptoms during an episode and preventing long term complications. During an episode, treatment involves stabilizing the airway and breathing using medications, hydration, and oxygen therapy.[2]Physiotherapists will be involved in oxygen administration and management of respiratory complications. See Physiotherapist role in ICU

Acute episodes are treated with vasopressor therapy and judicious fluid replacement, possibly with colloid solutions for their osmotic effects, to prevent the sequelae of under perfusion. Between episodes, patients may be treated with theophylline and terbutaline, which clinical experience suggests may reduce the severity and frequency of acute episodes. [1]

Patients who have been diagnosed with SCLS tend to be carefully given fluids to manage their symptoms, and some patients have improved after being given intravenous immunoglobulin (the protein from which antibodies are made). This seems to prevent further episodes, highlighting the immune system’s likely role in the disease.[4]

Prognosis is uncertain, but patients who survive an initial severe SCLS episode are estimated to have a 10-year survival rate greater than 70%. Much remains to be learned about SCLS, and clinicians should consider the diagnosis in patients with unexplained edema, increased hematocrit, and hypotension[1] 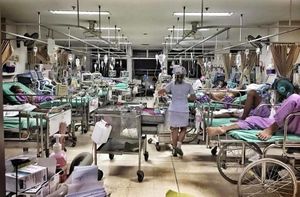 Following the announcement of a possible link between the AstraZeneca vaccine (for COVID 19) and rare blood clots, the European Medicines Agency (EMA) is now investigating whether the vaccine is linked to this very rare blood disorder ie systemic capillary leak syndrome (SCLS).