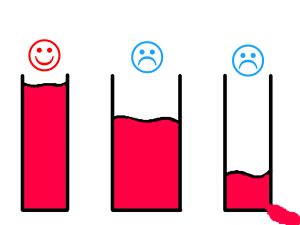 Shock is a life-threatening manifestation of circulatory failure. Circulatory shock leads to cellular and tissue hypoxia resulting in cellular death and dysfunction of vital organs. Effects of shock are reversible in the early stages and a delay in diagnosis and/or timely initiation of treatment can lead to irreversible changes including multiorgan failure and death.[1]

Shock is characterized by decreased oxygen delivery and/or increased oxygen consumption or inadequate oxygen utilization leading to cellular and tissue hypoxia. It is a life-threatening condition of circulatory failure and most commonly manifested as hypotension (systolic blood pressure less than 90 mm Hg or MAP less than 65 mmHg). Shock is the final manifestation of a complex list of etiologies and could be fatal without timely management.[1]

Some of the different types of medical shock include:

Hypoxia at the cellular level causes a series of physiologic and biochemical changes, resulting in acidosis and a decrease in regional blood flow, which further worsens the tissue hypoxia. 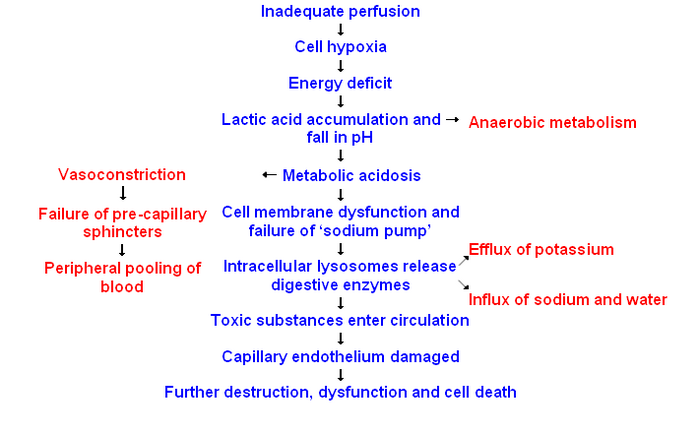 Depending on the cause, symptoms and signs of shock may include:

The initial approach to management is the stabilization of the airway and breathing with oxygen and oral mechanical ventilation when needed[1]. Specific treatment depends on the type of shock, but could include:

Medical shock is a life-threatening emergency. Effective first aid and prompt medical attention can save a person’s life. Be aware of the first aid management which includes:

Generally, hypovolaemic, neurogenic and anaphylactic shock respond well to treatment. But in about half of all cases of cardiogenic and septic shock, the person will die[2].