Steven is a 21 year old student and experienced climber, who fell 25ft to the ground while bouldering with friends. His friends were experienced first aiders and were first responders to the accident. One friend called 911 while the others checked on Steven. Steven was awake and alert and reported severe pain in his neck initially followed by an inablility to move his arms and legs. They kept Steven in the position they found him in, covered him with a blanket to maintin his bofy temperature and stayed with him unable assistance arrived.

Paramedics arrived at the scene within 15 mins. Steven was lying in the supine position, he was still unable to move any extremities and complaining of neck pain. He was awake, alert, and oriented to his current location, the date and day of the week, and the details of his fall. He complained that he could not feel his arms and legs. His pupils were equal and reactive to light. He showed no other signs of injury except for some minor scrathes on his arms. His vital signs revealed a blood pressure of 110 / 72, heart rate of 82 beats per minute, respirations of 18 per minute. The paramedics applied a cervical collar, placed him on Ferno Scoop Stretcher, immobilized his head, and transported him to the trauma center by helicopter. He arrived at the hospital and underwent initial assessment within 75 mins of the accident.

Full time student studying Engineering in his second year at University. He is right hand dominant.

Steven loves the outdoors. In his spare time he loves Rock Climbing and Bouldering, both Indoor and Outdoors, Mountain Biking and Running. He also has a part time job as a climbing instructor at the University Climbing Wall.

He currently lives in a two storey house with 4 other university students during the University year and spends his holidays at home where he lives with his parents and two younger sisters. 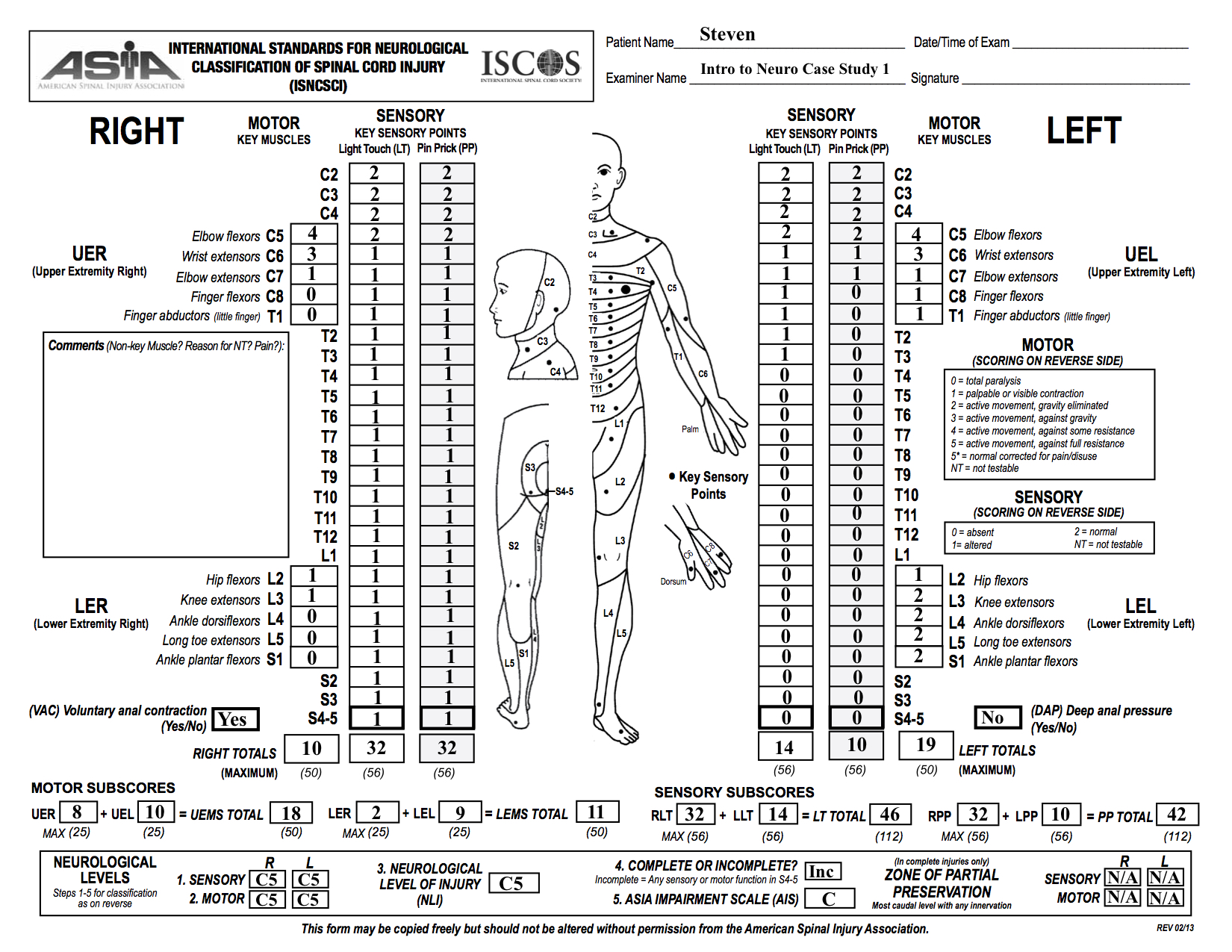