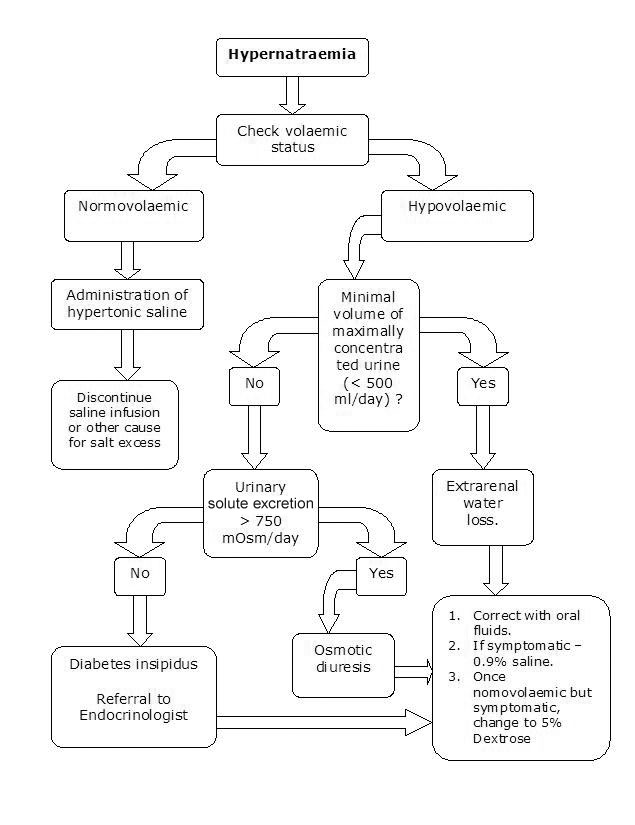 Hypernatremia is defined as a serum sodium level over 145 mM. The normal concentration of sodium in the blood plasma is 136-145 mM. Severe hypernatremia, with serum sodium above 152 mM, can result in seizures and death.

Hypernatremia is primarily seen in infants and the elderly population.

Most patients present with symptoms suggestive of fluid loss and clinical signs of dehydration.