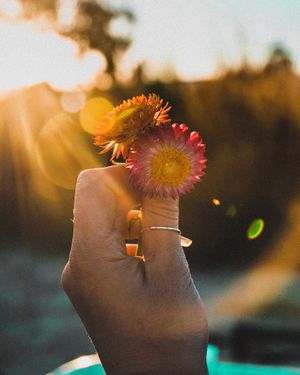 The major function of the human hand is to manipulate objects to accomplish a goal.

The features of human hands are easily distinguishable from those of the great apes, and they underpin the refined function and manipulatory abilities of our hands.

The human hand is a miracle of evolution. Our elongated thumb is able to oppose our fingers, and hence manipulate objects and instruments with a far greater degree of precision than primates and other animals. The function of the hand is to grip, grasp and form precise movements, e.g. writing and sewing.

The video below (8 minutes) explains the types of grips 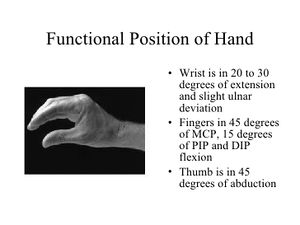 Due to the hand's remarkable adaptability to functional requirements, as compared with the specialization in the forelimb of other animals, the hand is largely responsible for the creative manifestations that characterize the human species and that distinguish it from all other known forms of life.

The human arm, supported and controlled by a large number of muscles, together with the elbow and wrist joints, gives freedom to a hand that has become the willing servant of the human intellect. The hands are, as Kant is reported to have said, "man's outer brain."[9]