The Human Immunodeficiency Virus, HIV, attacks the immune system and, if not treated properly, can lead to Acquired Immunodeficiency Syndrome, AIDS.[1] AIDS is a condition in which an opportunistic infection takes control of the body's systems. Geriatric HIV is a type of HIV that affects older adults.[2] Ageing predisposes older adults to physiological declines in body systems, which HIV will exacerbate. As a result of improved technology and pharmaceutical practice, the global population of older adults is growing, as well as the number of adults with HIV transitioning from adulthood to the geriatric phase. As a result, it provides an overview as well as a possible role for physiotherapy in geriatric HIV. 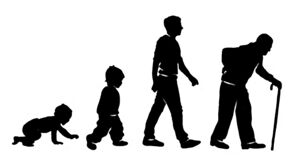 Various risk factors linked to HIV, as well as those not linked to HIV, have an impact on the biology of aging and the emergence of coinfections. These phenomena are closely linked to sociodemographic factors as well as the severity of immune system damage caused by untreated infection, resulting in a range of comorbidity risks. In some instances, ART is associated with an increased risk of geriatric syndromes such as falls, fractures, and dementia in the elderly population.[4] The effect of HIV on aging is usually associated with increase on the development of age-associated comorbidities on people living with HIV (PWLH). The risk of developing this comorbidities in PLWH is higher compare to that of the general population. This comorbidities such as , anal cancer, osteoporosis and chronic kidney disease appear at earlier age in PWLH while others comorbidities such as cataracts or prostate hypertrophy are not associated with an earlier onset or increased risk in PLWH.  As a result, treating HIV can altered e aging process and increase commodities in PLWH, but this impact might not be uniform in accelerating aging.[5]

Important things to consider in an ageing population[6]:

There are three stages to managing HIV-positive older people.

The goal of physiotherapy in the management of people with HIV, including Geriatric HIV, is to improve, restore, and maintain functions in order to support independent living as much as possible. In providing physiotherapy for geriatric cadre with HIV, the principles of geriatrics is essential to be observed.

The effect of exercise on HIV and aging have been shown to improve aerobic and muscular fitness, and metabolic risk profile and to a lesser extent systemic inflammation, a combined aerobic and resistance exercise training (CARET).[4]

Specifically, physiotherapy in geriatric HIV manage possible complications such as[7][8]: