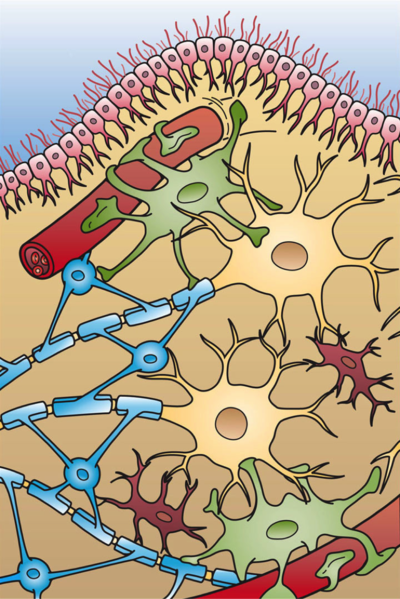 Each Glial cell type has specific distribution and function. are broadly divided into:

Astrocytes are a subtype of glial cells that make up the majority of cells in the human central nervous system (CNS). 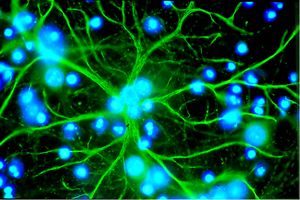 The above functions include performing metabolic, structural, homeostatic, and neuroprotective tasks such as:

The broad and extensive involvement of astrocytes in many aspects of CNS development and function suggests that they carry implications in an array of different nervous system disorders.

Provide the insulation (myelin) to neurones in the central nervous system[2]. Image R:  Rat oligodendrocyte development, IF staining for Olig2 and CNPase 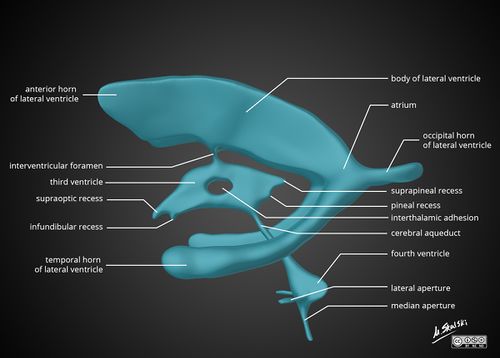 Ependymal cells, which create cerebral spinal fluid (CSF), line the ventricles of the brain and central canal of the spinal cord. These cells are cuboidal to columnar and have cilia and microvilli on their surfaces to circulate and absorb CSF.

Image R: Diagram of the anatomy of the ventricular system of the brain 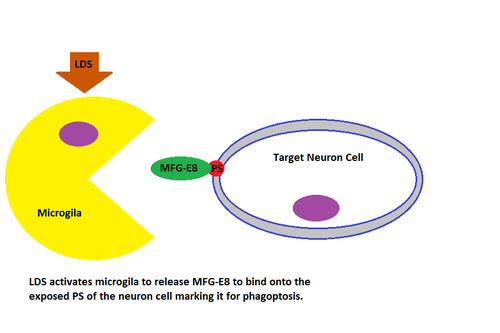 Microglia are the mesoderm-derived, resident macrophages of the CNS. As such, they phagocytose and remove foreign or damaged material, cells, or organisms.[6] They are small, relatively sparse cells. 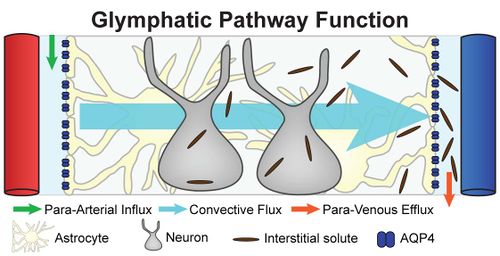 The glymphatic system is a recently discovered macroscopic waste clearance system that utilizes a unique system of perivascular channels, formed by astroglial cells, to promote efficient elimination of soluble proteins and metabolites from the central nervous system. Besides waste elimination, the glymphatic system may also function to help distribute non-waste compounds, such as glucose, lipids, amino acids, and neurotransmitters related to volume transmission, in the brain.

The glymphatic system function mainly during sleep and is largely disengaged during wakefulness. The biological need for sleep across all species may therefore reflect that the brain must enter a state of activity that enables elimination of potentially neurotoxic waste products, including β-amyloid.

Image: A schematic illustrating the anatomical components of the glymphatic clearance pathway.

Definition: Glial cells that are involved in neurogenesis. Radial glia also act as scaffolds along which new neurons can travel from their site of origin to their final destination in the brain.