Depression is in the top ten burdens of disability worldwide and the leading cause for nonfatal disorders[1]. It has been primarily diagnosed in women, with findings of a 2:1 ratio[2]. It is believed, however, that this may not be accurate. It is believed that man are more likely to "mask" their depression and not seek treatment leading to underreports of the diagnosis. This underreporting may be due to the difference in presentation compared to men and women. In the physical therapy setting, men could have an underlying depression due to a life event that is affecting their reports of pain and functional status. 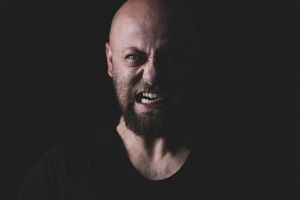 Men often do not present with the textbook signs and symptoms of depression, which include sadness, anxiety, feeling of hopelessness, or loss of interest in hobbies or activities that the person once enjoyed. A man's presentation of depression early on may present with the following symptoms[3]:

Men do not often seek out medical help for their feelings of depression and if they do see a medial profession, will not discuss their emotions. They instead will "act out" to cover up their feelings. These actions may be to numb or distract themselves to the underlying problem or feelings. Common examples are men putting in more work at their job or abusing alcohol or even extramarital affairs.

The trigger for these behaviors could be in the societal gender norms that men have in themselves. Young boys are often prohibited from showing emotions such as sadness or helplessness. They are taught to be independent and in control of their life.

Major life events can occur that cause men to become conflicted with their inward feelings versus the expected outward appearance[4][5].

Events such as these can challenge a man's ideal view of masculinity. Men can believe that they are now weak, a failure or undesirable. For example, a man may experience depression from a injury which causes him to not be able to work therefore cannot provide himself or family financial stability.

As stated before, men do not want to be viewed as weak or undesirable. They will ignore their internal feelings and avoid discussing their feelings with friends, family members, or physicians. Men will feel they need to rely upon themselves to overcome their feelings. If left untreated men can develop alcohol dependency and commit suicide. Women are twice as likely to attempt suicide but men are 4 times more like to die from a suicide attempt[6].

Impotence or erectile dysfunction can be a trigger of depression in men, and unfortunately it can also be a side effect of many antidepressant medications.

How Therapists can Help[edit | edit source]

Physical therapists and physical therapist assistants are positioned to be a useful resource in identifying early depression symptoms and directing patients to appropriate care. There are some steps that can be taken to help patients identified as possibly having depression.