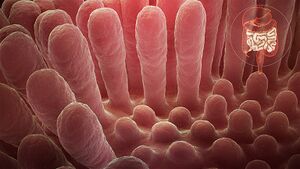 Celiac disease, or alternativly gluten-sensitive enteropathy, is an autoimmune disease of the small intestine. In this condition the bodies immune system responds inappropriately to gluten causing small intestinal inflammation and damage. This results in impairment of the mucosal surface of the small intestine and, consequently, poor absorption of nutrients.[1] [2]Celiac disease is set-off when a genetically susceptible person is exposured to gluten in their food. It is a chronic condition with treatment being permanent exclusion of gluten from the diet.

Coeliac disease in the White population is fairly common, 1 in 200, however it is extremely rare in the Asian and Black population.[3] The incidence among people with autoimmune disorders for example type 1 diabetes is higher. The risk is much greater also in people with a first-degree relatives of people affected by celiac disease ( risk 1 in 10).[4] Environmental factors may increase the risk and prevalence of the disease such as increased gluten exposure at a young age, increased presence of gluten in processed foods, and exposure to antibiotics or other factors that have the potential to change the overall gut biome.[5]

There is currently no treatment for Celiac Disease except the avoidance of gluten in the diet. This proves to be increasingly difficult as gluten is found in many commercially produced foods and there is high risk of cross contamination in production and packaging facilities, restaurants, and homes. In addition, substitution of foods not containing gluten for familiar gluten containing foods, such as gluten free breads, crackers, pastries, lack the vitamins and minerals that are naturally found in their gluten containing counterparts, predisposing those with Celiac disease for nutritional deficiency.[9] Over-the-counter supplements may be prescribed in order to meet personal daily nutritional needs. Hematinics may also be prescribed to stimulate red blood cell volume and to increase hemoglobin availability in order to address blood volume deficiencies. If primary means of treatment prove to be ineffective, corticosteroids can be utilized in order to reduce the inflammatory processes present in the small intestine. [2] 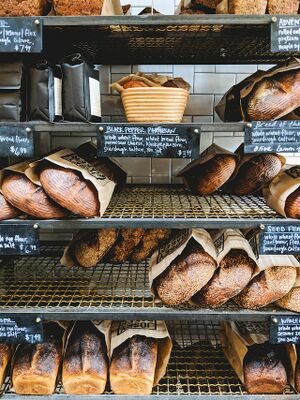 The gluten free diet is a huge undertaking involving lifestyle changes and having to read and interpret food labels. Therefor a diagnosis of coeliac disease must be properly medically established. The tests for coeliac disease are listed below.

Although there is no direct known cause for Celiac disease and no consistent trigger for the immune response in affected individuals, researchers believe changes in genes, primarily but not limited to the HLA-DQ2 and DQ8, predispose a person to Celiac Disease.[6] In people with the genetic propensity for a gluten reaction, estimated to be between 10 and 15% in those with a first degree relative with Celiac Disease, [12]the ingestion of foods containing gluten stimulates gluten sensitive T-cells in the small intestine. The T-cells trigger an inflammatory process in the small intestine which changes the histological makeup of the cells that line the lumen of the small intestine and it causes the villi (hair like projections within the lumen of the small intestine involved in nutrient absorption) to atrophy and eventually to be destroyed.[7]

The small intestine is the primary organ targeted for systemic involvement of Celiac Disease. Abdominal distention, abdominal cramping, nausea, and indigestion are all direct results of systemic involvement of Celiac Disease affecting the small intestine.[7] Malabsorption of ingested nutrients and changes in dietary habits however, can manifest dysfunction throughout the entire systemic system.[7]  Changes in bowel and bladder habits are commonly associated with the presence of Celiac Disease. Explosive acute diarrhea, chronic diarrhea, steatorrhea (increased fraction of fecal fat), and nocturia (increased urination at night) are among the symptoms that can occur pertaining to changes in bowel and bladder function related to Celiac Disease.[7]  Changes in blood volume can result from malabsorption problems of the small intestine. Hypotension and anemia can often manifest from pathologic changes of blood volume related to malabsorption problems.[7] Fatigue (both central command and peripheral) and an inability to focus conscious attention can result from the brain and entire body not receiving daily nutritional requirements from blocked absorption at the small intestine. In some cases of Celiac Disease, hypertension has also been reported[13].The issues related to blood volume can vary from person to person, depending on family history, dietary habits, and lifestyle choices of the indvidual.  An associated reaction of the epidermis may also be involved. A skin rash known as Dermatitis Herpetiformis can form commonly at the buttocks, knees, or elbows as a direct consequence of Celiac Disease.[7] Other systemic conditions such as polyneuropathy, dilatative cardiomyopathy, psoriasis, and vasculitis may also result from malabsorption.[7] 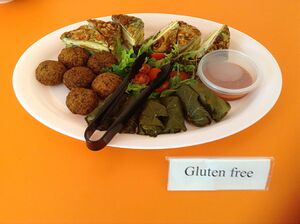 Although Celiac Disease is derived solely from pathology involving the enteric system, physical therapy can be beneficial in order to minimize and treat secondary conditions that may accompany Celiac Disease.

5. Gluten Sensitivity: a disease of the brain: Professor Marios Hadjivassiliou 2021, Sheffield Gastroentereology. A lecture on the effects of gluten exposure on the brain.