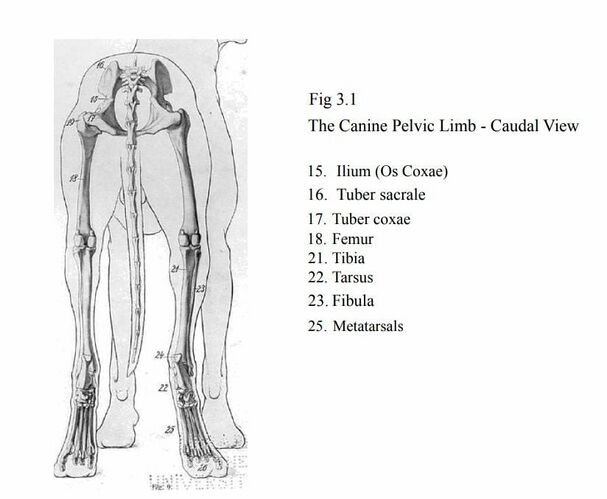 Dogs have small, tight feet, walking on their toes; their rear legs are fairly rigid and muscular. The pelvic limb bears 40-45% of the dog's weight and provides the majority of the propulsion for locomotion. 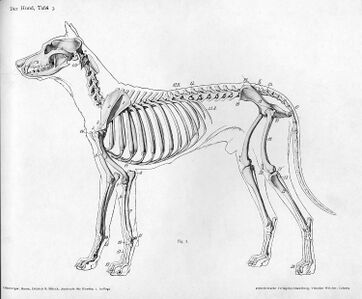 The basics of the bones are:

Watch this 3 minute video on the canine pelvic limb bones. 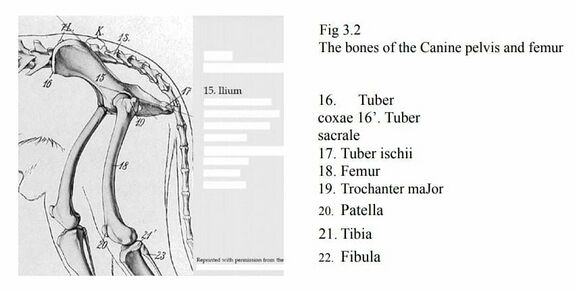 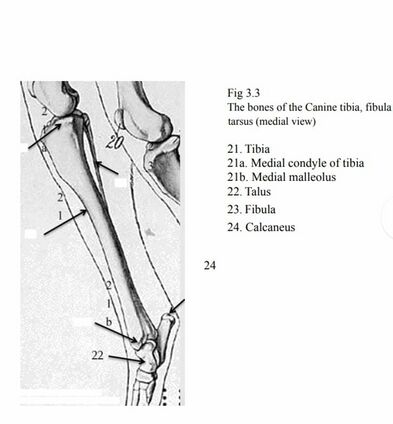 Bones of the canine tibia, fibula and talus

The canine patella, or kneecap, is the largest sesamoid bone in the body[1]

Major bone in the crus (the crus is the part of the leg between the stifle (knee) and the tarsus (ankle), including the soft tissue structures[4])[1]

Is a long, slender bone that articulates with the tibia and also serves as a site for muscle attachment[1]

Dogs and cats have 7 tarsal bones[4]

ROM:[4] Minimal as this joint is designed for stability; Accessory movements = rotation

Type:[4] Ball and socket; Femoral head and acetabulum of the ilium, ischium and pubis; A band of fibrocartilage on the rim of the acetabulum deepens acetabulium

Complex joint, combines sliding, gliding and rotation as the joint flexes and extends. This hind joint in dogs is often the largest synovial joint in the body. The stifle joint joins three bones, the femur, patella and tibia[2]. 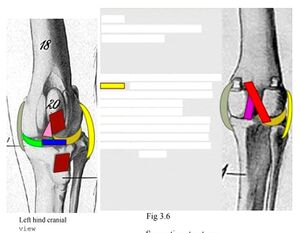 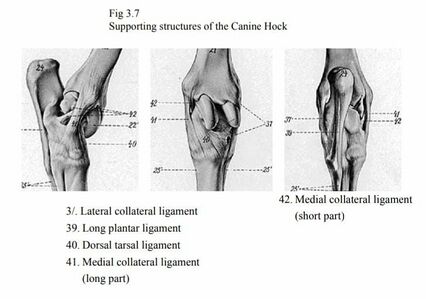 Connects the paw (talus and calcaneus bones) to the shin bones (tibia and fibula). Held together by a collection of ligaments, located primarily on the inner and outer sides of the joint

ROM[4]: TCJ - Flexion and extension and lateral and rotatory accessory movement; Others - small amount or translatory and rotatory ROM

Ligaments of the tarsal joint[4]:

Muscles of the Hip[edit | edit source] 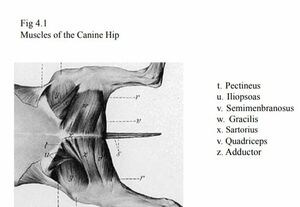 Muscles of the Hip and Stifle 1[edit | edit source] 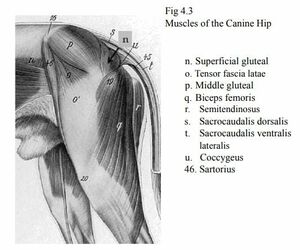 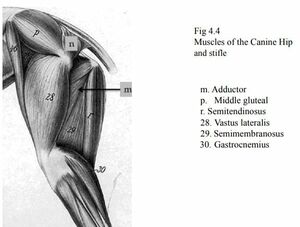 Muscles of the Hip and Stifle 2[edit | edit source]

Muscles of the Stifle, Hock and Pes[edit | edit source] 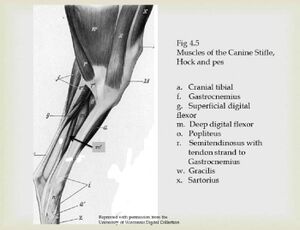