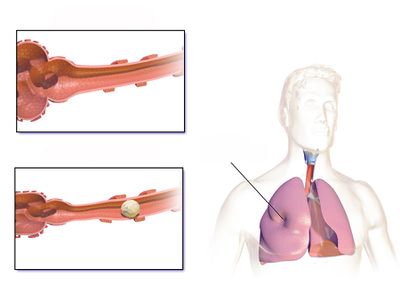 Atelectasis describes a state of the collapsed and non-aerated regions of the lung parenchyma[1]. It results from the partial or complete, reversible collapse of the small airways leading to an impaired exchange of CO2 and O2 - i.e., intrapulmonary shunt.

Research has shown that atelectasis appears in the dependent regions of both lungs within five minutes of induction of anesthesia.

Obstructive atelectasis[3][1]: causes by blockage of the airway or multiple airways which limits airflow to the alveoli resulting collapse of the lung. It can arise due to

This type of atelectasis happens with acute pneumonia and chronic sputum production. Other conditions, such as malignancy and COPD, which impact on the patency of the airway can also cause obstructive atelectasis.

Obstruction atelectasis can impact parts of the lung or the entire depending on the location of the blockage. For example, when obstruction locates higher up or in bigger airways, a larger area of the lung would be affected due to the anatomy of the lung. 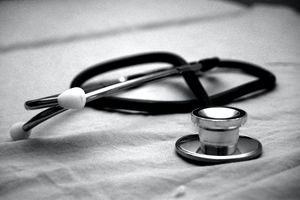 The signs and symptoms of atelectasis are often non-specific:[1][9]

Once the diagnosis of atelectasis is suspected chest x-rays using anterior-posterior projections need to be performed to document the presence, extent, and distribution of atelectasis.

Most atelectasis that appears during general anesthesia leads to transient lung dysfunction that resolves within 24 hours after surgery.  Nevertheless, some patients develop significant perioperative respiratory complications that can lead to increased morbidity and mortality if not treated. 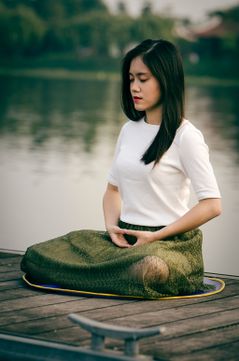 This fits in the picture of both post-operative patients and populations with acute respiratory conditions, such as acute pneumonia. When a patient is medically stable enough, the physiotherapist should assist with mobilization in accordance with the patient's status. Early mobilization, includes sitting position and ambulation either with/without aids (onset <48h after surgery). It is believed that early mobilization results in increased lung volume, preventing therefore of atelectasis.

Atelectasis is one of the most common respiratory complications in the perioperative period, and it may contribute to significant morbidity and mortality, including the development of pneumonia and acute respiratory failure. Prevention of atelectasis is vital to improving patient outcomes in the postoperative period. Despite employing these strategies, atelectasis is not always preventable and, therefore, early recognition and treatment are equally important.[2]