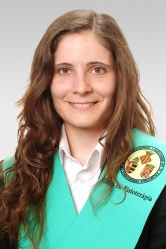 A little about my career

Before I started to study physiotherapy I worked as a Pilates instructor for almost two years. Previosly I had studied Environmental Sciences and I had worked as environmental consultant.

I finished my physiotherapy studies in june 2014 and then I moved to Stockholm where I began to work in a sports injuries clinic. After six months I moved to other city in Sweden called Västerås and started to work in a little private clinic with all kinds of patients where I still work.

I finished the preparation course to volunteer in Physiopedia in December 2016. I am very happy to have started to be part of this great team and contribute something, even if it is little.