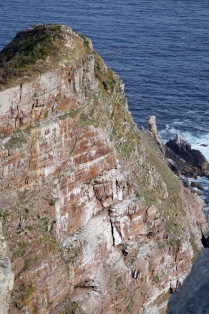 In South Africa the degree (B.PhysT, B.Sc Physio or B.Physio) consists of four years of general practice training, involving all aspects of Physiotherapy. Typically, the first year is made up of theoretical introduction. Gradually, time spent in supervised practice increases until the fourth year, in which the student generally spends about 80% in practice.[3]

In the fourth year, students are also expected to complete Physiotherapy research projects, which fulfills the requirements of an Honours degree.[3]

A compulsory year of community service is completed by the student after graduation. Community service can only be done in the public sector and placement is done by the National Department of Health Community service.[4] There are several institutions around the country that offer recognized courses in Physiotherapy. Each institution has its own criteria for acceptance.[5] Below is the list;

Regulating body: The Health Professions Council of South Africa (HPCSA or the Council) is the statutory body regulating Physiotherapists, established in terms of the Health Professions Act No. 56. The HPCSA serves to protect the public and provide guidance to registered healthcare practitioners. They regulate the health professions in the Republic of South Africa in registration, education, and training, professional conduct and ethical behavior. They ensure continuing professional development, and compliance with healthcare standards.
There are several Professional Boards that are coordinating bodies for all the healthcare practitioners registered with HPCSA. The respective boards that are established for a specific profession, deal with any matters relating to a specific profession. These boards consist of members appointed by the Minister of Health, educational institutions, and nominated members. The board governing Physiotherapy practice is the Professional Board for Physiotherapy, Podiatry, and Biokinetics.

Registration: Registration with the Health Professions Council of South Africa (HPCSA) is a pre-requisite for professional practice. Registration categories and criteria include the following:

2. Required Continuing Education: every health care professional registered with the HPCSA is required to accumulate 30 Continuing Education Units ("CEUs") per twelve-month period of which at least five CEU's should have been on human rights, ethics and medical law, within every year. Each CEU is valid for 24 months from the date that the activity took place (or ended, in the event of post-graduate studies) after which it would lapse. This means that practitioners should aim to accumulate a balance of 60 CEUs by the end of their second year of practice, and thereafter top-up the balance through additional CPD as each 24 - month validity period expires.[6]

The South African Society of Physiotherapy (SASP) is the official representative professional body of physiotherapists in South Africa and a member organisation of the World Physiotherapy, which in turn is a part of the World Health Organisation (WHO). The SASP serves to represent the profession through its members and plays a pro-active role in the formulation and implementation of health care policy in South Africa. The SASP has portfolios representing the Provincial Branches and Special Interest groups, the Public sector and the Private Sector, Communication and Marketing, and the Professional Development Committee [which represents the physiotherapy lecturers and students].[7] 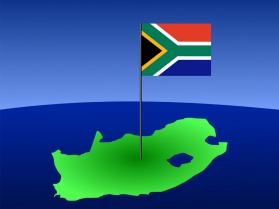 South Africa has one of the strongest economies in the African region. Total investment in the country has been increasing at about 11%, with fixed investment as a percentage of Gross Domestic Product quoted at about 18.4%. This has resulted in an annual growth of about 4.5%. Adult literacy rate is approximately 82.5%. About 84.5% of households have access to pipe-borne water, 61.6% to waste removal services and 86.4% to modern sanitary facilities.[3]

The average life expectancy at birth was 53.4 years in 2005. This is largely due to the high prevalence of HIV among ages 15-49 estimated at 17.64% in 2007 and 29.1% among pregnant women attending antenatal clinics in 2006. Maternal mortality ratio is approximately 150/100 000 live births and child mortality rate of about 55/1000 live births (2005). There is also a high burden of tuberculosis, cardiovascular diseases, violence and road traffic accident associated injuries. Human resources for health is fairly available but shortages still exist. The distribution favors urban areas.[3] 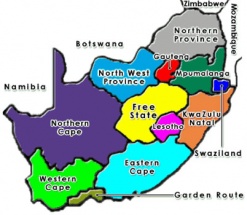 South Africa has diverse cultures. The primary race is Black African which is 80% of the population but regional differences cause this large demographic block to behave as fractured units. There are twelve major languages; the most common language is IsiZulut that is spoken by less than one fourth of the people. The official language, English is spoken by less than ten percent of the population. There are many religions found throughout the country. Slightly more than half the people live in urban areas. Several positive demographic trends are shifts toward urbanization, high levels of education/literacy, and improved socioeconomic standing of most citizens.

Prior to 1991, South African law divided the population into four major racial categories: Africans (black), whites, coloreds, and Asians. Although this law has been abolished, many South Africans still view themselves and each other according to these categories. Black Africans comprise about 80% of the population and are divided into a number of different ethnic groups. Whites comprise just over 9% of the population. They are primarily descendants of Dutch, French, English, and German settlers. Coloreds are mixed-race people primarily descending from the earliest settlers and the indigenous peoples. They comprise about 9% of the total population. Asians are descended from Indian workers brought to South Africa in the mid-19th century to work on the sugar estates in Natal. They constitute about 2.7% of the population.[10]

South Africa has 11 official languages, and scores of unofficial ones besides. English is generally understood across the country, being the language of business, politics and the media, but it only ranks fifth out of 11 as a home language.[5]

Other Aspects of Culture:[edit | edit source]

Religion: South Africa has a diverse religious profile. Zion Christians make up the largest religious group at 11.1%. Others religions include; Pentecostal 8.2%, Catholic 7.1%, Methodist 6.6%, Dutch Reform 6.7%, Anglican 3.8% , Muslim 1.5%, other smaller Christian groups 36% and various non-Christian religions 18.8 %.[11]
On other demographic issues, we see that a full 61 percent of people live in cities and that proportion is growing by about 1.4 percent per year. About 86 percent of the population over age 15 can read and write, and people go to school on average for about 13 years of primary to tertiary education. This combination of factors suggest that, while the country has been severely affected by HIV/AIDS, it is in a good position to take advantage of improving educational outcomes, a strengthening political process, and a natural trend toward urbanization to improve socio-economic outcomes for its citizens.[11]

South Africa’s two-tiered health system consists of a large public sector and a small but fast-growing private sector. These systems rely heavily on the country’s human resources and infrastructure. There are some human resources but shortages still exist. Similarly, current distribution infrastructure favors urban areas with greater variability in rural health access. The following table  by Harrison, D. summarizes the principal accomplishments and shortcomings of the past 15 years according to  'A Discussion Document' commissioned by the Henry J. Kaiser Family Foundation.[12]

South Africa's health system consists of a large public sector and a smaller but fast-growing private sector. Health care varies from the most basic primary health care, offered free by the state, to highly specialized hi-tech health services available in the private sector for those who can afford it.[13]
Although the state contributes about 40% of all expenditure on health, the public health sector is under pressure to deliver services to about 80% of the population. Most health professionals, except nurses, work in private hospitals. With the public sector's shift in emphasis from acute to primary health care in recent years, private hospitals have begun to take over many tertiary and specialist health services.[13]
Despite this, most resources are concentrated in the private health sector, which sees to the health needs of the remaining 20% of the population. The number of private hospitals and clinics continues to grow. Four years ago there were 161 private hospitals, with 142 of these in urban areas. Now there are 200. The mining industry also provides its own hospitals, and has 60 hospitals and clinics around the country.[13]
Drug expenditure per person varies widely between the sectors. In 2000 about R8.25-billion was spent on drugs in South Africa, with the state spending only 24% of this. Thus, R59.36 was spent on drugs per person in the state sector as opposed to R800.29 on drugs per person in the private sector. Of all the country's pharmacists, 40% work in Gauteng in the private sector.[13]

Public health consumes around 11% of the government's total budget, which is allocated and spent by the nine provinces. These resources are allocated, and the standard of health care delivered, varies from province to province. With less resources and more poor people, cash-strapped provinces like the Eastern Cape face greater health challenges than wealthier provinces like Gauteng and the Western Cape. Physiotherapists typically serve a year in the public sector after graduation. They are registered with the National Department of Health and are paid a set salary by the government. They are not allowed to work in the private sector while serving in the public sector. The public sector is under-resourced and over-used.[8]
The expanding private sector caters to middle- and high-income earners (18% of the population), and to foreigners looking for top-quality surgical procedures at relatively affordable prices. Most of the private sector patients have private health insurance to pay for treatment. The private sector attracts most of the country's health professionals. Physiotherapists can work as corporate employees. They are salaried employees of institutions where both the therapist and institution are registered with the HPCSA. Therapists can also receive payment in the private sector as prearranged commission/ fees as long as all involved follow the rules of ethics and are registered with the HPCSA.[8]