Hypertension can be further defined as mild, moderate or severe based upon blood pressure level as:

Approximately 1% of pregnancies are complicated by pre-existing hypertension, 5–6% by gestational hypertension, and 1–2% by preeclampsia.[1]

Hypertensive disorders during pregnancy may result in substantial short-term maternal morbidity ranging from 10-15% worldwide whereas chronic hypertension and an increase in lifetime cardiovascular risk as to the long-term consequences.[2]

About 1 in 20 (5%) stillbirths in infants without congenital abnormality occur in women with preeclampsia. 8–10% of all preterm births result from hypertensive disorders. Small-for-gestational-age (SGA) babies (mainly because of intrauterine growth restriction (IUGR) arising from placental disease) are common, with 20–25% of preterm births and 14–19% of term births in women with pre-eclampsia being less than the tenth centile of birthweight for gestation.[3]

The exact pathogenesis of hypertensive disorder mainly pre-eclampsia is unknown. But several factors have been identified in pre-eclampsia and they are:

Thus preeclampsia results from a mismatch between uteroplacental supply and fetal demands, leading to its systemic inflammatory maternal (and fetal) manifestations. There is a decrease in blood flow in the uteroplacental due to vascular endothelial malfunction and vasospasm. So, the main impact on the fetus is undernutrition as a result of uteroplacental vascular insufficiency, which leads to growth retardation. So the most common consequences associated with pre-eclampsia is a restriction of intrauterine growth, low birth weight, and prematurity.[4]

Hypertensive disorder in pregnancy is classified upon following types based upon complications and period of gestation when it was caused.

This is defined as hypertension that was present either pre-pregnancy or that develops at <20 weeks of gestation. A substantial number of pregnancies (0.2– 5%) are complicated by pre-existing hypertension and the prevalence in western societies is likely to increase due to the advancing age of the prospective mother at conception and the rising tide of obesity. Chronic hypertension of all causes can be divided into essential and secondary hypertension based upon its causes.[3]

Comorbid conditions (e.g., pre-gestational type I or II diabetes mellitus or kidney disease) mandate tighter BP control outside of pregnancy because of their association with heightened cardiovascular risk and to protect end-organ function.

This is also known as ‘superimposed preeclampsia’ and is diagnosed when a woman with chronic hypertension or pre-existing proteinuria develops one or more of the systemic features of pre-eclampsia after 20 weeks’ gestation. It may include:

This is defined as hypertension that develops for the first time at ⩾ 20 weeks of gestation. Gestational hypertension is characterized by the new onset of hypertension after 20 weeks’ gestation without any maternal or fetal features of pre-eclampsia, followed by the return of blood pressure to normal within 3 months post-partum.[3]

Women at high risk of having pre-eclampsia are those with any of the following:

Pre-conceptual counseling for women with pre-existing hypertension is recommended. Maternal characteristics that increase the risk of superimposed pre-eclampsia should be identified and modifiable risk factors such as obesity and poorly controlled diabetes should be addressed. Counseling should include an explanation of the risk of pre-eclampsia and fetal growth restriction. Women should be educated about the signs and symptoms of pre-eclampsia.

A proper diet is very essential.

Advice on rest, exercise, and work for women at risk of hypertensive disorders during pregnancy should be the same as for healthy pregnant women.[3]

Perinatal exercise has been recommended as strategies to prevent and/or decrease pre-eclampsia complications for both mother and the fetus especially when performed under professional guidance and supervision. A recent randomized controlled trial (RCT) showed that maternal exercise may be a preventative tool for hypertension.[6]

Pregnant women should accumulate at least 150 min of moderate-intensity over three or more days per week to achieve clinically meaningful reductions in pregnancy complications (reductions in the odds of developing gestational diabetes mellitus, pre-eclampsia, and gestational hypertension)[8]

Previously inactive women are encouraged to start physical activity in pregnancy but may need to begin gradually, at a lower intensity and increase the duration and intensity as their pregnancy progresses. [8]  Pregnant women should be encouraged to be physically active, even if they are unable to meet these recommendations. Thus, physical activity regime and exercise regime should be individualized based on concurrent complication, previous activity level, dietary supplements, etc as it affects the dose-response relationship.[8] 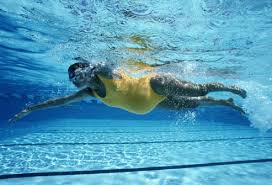 In the systematic and meta-analysis[6] study done by Magro-Malosso et al. in 2017 showed that aerobic exercise in singleton pregnancies is associated with a signiﬁcantly reduced risk of gestational hypertensive disorders. The interventional group with aerobic exercise only without dietary measures showed a 61% reduction in gestational hypertension. They found no difference with regard to preeclampsia between the two groups ( control and intervention). The incidence of cesarean delivery was decreased by 16% in the exercise group. [6]

This study also showed that in low-risk uncomplicated normal-weight singleton gestations, aerobic exercise can be safely performed, as this is not associated with an increased risk of preterm birth or with a reduction in mean gestational age at delivery but is associated with a higher chance of vaginal delivery and a lower rate of CS and gestational diabetes.[6]

There is a literature gap in the relation to exercise during gestational hypertension and fetal outcomes.

According to the recent evidence,

The exercise regime should be individualized.[10]

Care in the first 6 Weeks Postpartum

Women who have been diagnosed with either pre-eclampsia or gestational hypertension are at increased risk of subsequent hypertension and cardiovascular disease. So counseling patients about annual blood pressure checks and regular assessment of other cardiovascular risk factors including serum lipids and blood glucose is necessary. Avoiding smoking, maintaining a healthy weight, exercising regularly, and eating a healthy diet is crucial.[3]