Graded exercise as an approach for Mental health 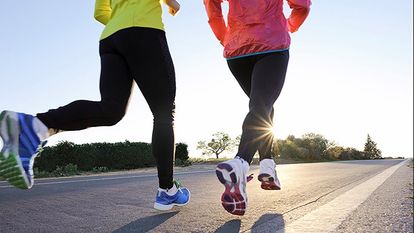 Exercise therapy involves the prescription of muscular contraction and bodily movement ultimately to improve the overall function of the individual and to help meet the demands of daily living.Exercise therapy is a regular component in the management of various (chronic) disorders, such as musculoskeletal, neurological, cardiovascular,respiratory disorders[1] and mental health disorders[2].Research has shown that a regular exercise programme can slow down or prevent functional decline associated with ageing. The benefits for people who regularly participate in endurance, balance and resistance training programmes are well established. Such health benefits include improved muscle mass, arterial compliance, energy metabolism, cardiovascular fitness, muscle strength, overall functional capacity and the maintenance or even enhancement of cognitive function.[3]

According to the World Health Organization (WHO), mental health is “a state of well-being in which the individual realizes his or her own abilities, can cope with the normal stresses of life, can work productively and fruitfully, and is able to make a contribution to his or her community”[4]. This definition represents a significant progress in overcoming the concept that mental health is the absence of mental illness. However, it’s may be confusing concerning the fact that positive feelings alone don’t identify mental health. People that are mentally healthy often feel sad, unwell, angry or desperate, and this is totally normal for human beings[5].

According to a recent approach of the European Psychiatric Association:

“Mental health is a dynamic state of internal equilibrium which enables individuals to use their abilities in harmony with universal values of society. Basic cognitive and social skills; ability to recognize, express and modulate one’s own emotions, as well as empathize with others; flexibility and ability to cope with adverse life events and function in social roles; and harmonious relationship between body and mind represent important components of mental health which contribute, to varying degrees, to the state of internal equilibrium.”[5]

Physical exercise is increasingly being advocated as a means to maintain and enhance good mental health. In general, findings from research indicate that exercise is associated with improvements in mental health including mood state and self-esteem, although a causal link has not been established. Research on acute exercise indicates that 20 to 40 minutes of aerobic activity results in improvements in state anxiety and mood that persist for several hours. These transitory changes in mood occur in both individuals with normal or elevated levels of anxiety, but appear to be limited to aerobic forms of exercise.

In the case of long term exercise programmes, improvements in the mental health of ‘normal’ individuals are either modest in magnitude or do not occur, whereas the changes for those with elevated anxiety or depression are more pronounced. Evidence from studies involving clinical samples indicates that the psychological benefits associated with exercise are comparable to gains found with standard forms of psychotherapy. Hence, for healthy individuals the principal psychological benefit of exercise may be that of prevention, whereas in those suffering from mild to moderate emotional illness exercise may function as a means of treatment.[8]Exercise has also been found to alleviate symptoms such as low self-esteem and social withdrawal.[3] Exercise is especially important in patients with schizophrenia since these patients are already vulnerable to obesity and also because of the additional risk of weight gain associated with antipsychotic treatment, especially with the atypical antipsychotics. Patients suffering from schizophrenia who participated in a 3-month physical conditioning program showed improvements in weight control and reported increased fitness levels, exercise tolerance, reduced blood pressure levels, increased perceived energy levels, and increased upper body and hand grip strength levels.[9] Thirty minutes of exercise of moderate intensity, such as brisk walking for 3 days a week, is sufficient for these health benefits. Moreover, these 30 minutes need not to be continuous; three 10-minute walks are believed to be as equally useful as one 30-minute walk.[9]

Aerobic exercises, including jogging, swimming, cycling, walking, gardening, and dancing, have been proved to reduce anxiety and depression.[3] These improvements in mood are proposed to be caused by exercise-induced increase in blood circulation to the brain and by an influence on the hypothalamic-pituitary-adrenal (HPA) axis and, thus, on the physiologic reactivity to stress.[3] This physiologic influence is probably mediated by the communication of the HPA axis with several regions of the brain, including the limbic system, which controls motivation and mood; the amygdala, which generates fear in response to stress; and the hippocampus, which plays an important part in memory formation as well as in mood and motivation.

Other hypotheses that have been proposed to explain the beneficial effects of physical activity on mental health include distraction, self-efficacy, and social interaction.[8] While structured group programs can be effective for individuals with serious mental illness, lifestyle changes that focus on the accumulation and increase of moderate-intensity activity throughout the day may be the most appropriate for most patients.1 Interestingly, adherence to physical activity interventions in psychiatric patients appears to be comparable to that in the general population. 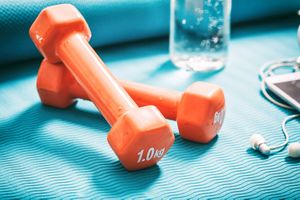 Health benefits from regular exercise that should be emphasized and reinforced by every mental health professional to their patients include the following:

Mental health may be affected by many complicated conditions. Such an example is Chronic Fatigue Syndrome (CFS), a complex pathology that, based on literature data, graded exercise therapy tend to improve disabling fatigue (physical and mental). Although many studies suggest that graded exercise programs are effective copying with not only fatigue and functional impairment, but also anxiety and depression too, others support that only cognitive behavioral therapy can positively impact anxiety and depression issues.[10]

Chronic Fatigue Syndrome (CFS), also known as Myalgic Encephalomyelitis (ME), is a long-term condition with various and unpredictable symptoms and uncertain duration and severity. As CFS/ME is heterogeneous in nature and without medical or diagnostic markers, those with the illness are frequently disbelieved, despite the dramatic changes to functional abilities and emotional well-being.[11] There are hypotheses about the pathogenesis of CFS, including immune dysfunction, chronic viral response, neurological deficits, endocrine disorders, personality characteristics and genetic abnormalities. Although the causes are still debated, there is a growing consensus that CFS is multifaceted and heterogeneous in nature.[12]

Regarding to prescription of appropriate exercise programs, there is no consensus for patients with CFS. However, it has been demonstrated that gradual exercise programs are beneficial for some patients, improving both their physical ability and the psychological and cognitive aspects. The main objective of the exercise program is the progressive prevention of physical deterioration and optimizing the functional capacity, looking for an improvement of the patient's quality of life.[13]

The mechanism of Graded Exercise and Fatigue[edit | edit source]

Although we now have evidence that graded exercise is an effective intervention for at least some CFS patients, the mechanisms behind its effectiveness are still unclear. One possible explanation is that graded exercise improves physical fitness, thereby reducing symptoms of deconditioning and preventing the continued downward spiral of symptom monitoring and reduced activity. There is certainly some evidence that CFS patients have declined exercise capacity compared to sedentary controls, and that decline is related to fatigue and physical disability. However, this assumption can be simplified, as some evidence show that self-reported improvement post exercise therapy was not associated with improvement in fitness or strength. Another theory is that by gradually increasing exercise, helps changing patients' beliefs about their symptoms and illnesses. Several studies have shown that negative perceptions of the disease in CFS patients, their tendency to focus excessively on their symptoms, and their belief that by reducing physical activity symptoms subside, are associated with increased fatigue and disability. Graded exercise can reassure patients that activity is not harmful and does not worsen symptoms. It can also help change controlling beliefs, thereby boosting their self-confidence to perform other daily activities and reducing their levels of fatigue and disability.[14]

Despite the fact that many studies have been conducted to identify the effect of GET on CFS patients, data from the latest research suggest contradictory results compared to the earlier ones. The most extensive research on specific therapeutical interventions for CFT patients is PACE Trial. Among others therapeutical strategies that were studied, graded exercise therapy (GET) and cognitive behavioral therapy (CBT) combined with specialist medical care (SMC)  seemed to be an effective intervention for CFS. GET and CBT had greater improvements for most outcome measures than any other intervention.[15]

However, according to recent literature the PACE Trial had many limitations and methodological flaws, and the results regarding GET effectiveness and safety on CFS are insecure.[16]A recent re-analysis suggests that many of the trials conducted about effectiveness of GET on CFS have created a bias in favor of exercise treatment, and the evidence provided are insufficient to conclude that GET is effective for CFS.[17]More recent evidence proposes that GET may not only have no benefit on CFS patients, but also deteriorate the disabling symptoms, and worsen the outcome of a treatment program that combines other therapeutical approaches too.[18]

In conclusion, it is critical for CFS patients, to have effective interventions for the management of the primarily restrictive symptom, chronic and excessive fatigue. In past studies, graded exercise tended to have a positive impact on CFS patients symptoms (both physical and mental), prevent functional impairement, and improve quality of life. However it is still unclear whether GET is beneficial and safe for CFS patients, so further research is needed to properly assess the effectiveness of this therapeutical approach.