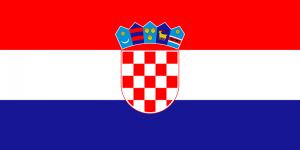 
There are 4 physiotherapy schools in the country with about 220 students per year and the number is rising. Studies take 3 years (min. 2.700 hrs) Studies result in an academic degree. and allow for postgraduate courses. Physiotherapists are involved in both teaching and research.[1]

The Croatian Council of Physiotherapists is is both a professional body and regulatory body and has its own headquarter and has four staff employers and managing director. The organisation holds regular Executive Committee meetings (one per month) and furthers liaisons with other health care professions and authorities.

Council has the following transactions with public authorities:

Croatian Society of Physiotherapists (CSPT) was founded at March 10th 2000 as a second national organization of PT’s.

In total population, the leading causes of death in 2008 were circulatory diseases (591.2/100,000), followed by neoplasm, responsible (299.3/100,000). These two disease groups accounted for three quarters of overall causes of mortality. On the scale of ten leading individual causes of death in 2008 in Croatia, five belong to the cardiovascular group of diseases. The three leading diagnoses are ischemic heart disease, followed by cerebrovascular diseases and heart failure while the ninth and tenth are atherosclerosis and hypertension. The remaining deaths were caused by injuries and poisonings (68.4/100,000), diseases of the digestive system (54.8/100,000), diseases of the respiratory system (50.7/100,000) and other less common causes. In 2008, Croatia recorded 3,034 violent deaths. Among accidents with a rate of 48.4/100,000, the leading were deaths due to falls with a rate of 19/100,000. Suicides had a rate of 17.9/100,000.

In Croatia there is a higher percentage of smoking males than females, and a greater percentage of overweight /obese males. It also shows more males engaging in sport, but a higher percentage of active working females doing lighter work, with only a small percentage of them doing markedly heavy work. Data on dietary habits indicate lower consumption of fruits and vegetables among men in comparison to women, while fat, salt, meat and alcohol consumption are on the overall greater in male population. Thus, the cardiovascular disease group imposed itself as a health system priority. Cardiovascular diseases are also the leading cause of hospital treatment of Croatia’s inhabitants, and in the second place of diagnoses registered in primary health care. Mental disorders as a group are among the leading causes of hospitalization in 2008, with two thirds of all such cases involving alcoholism, schizophrenia, depressive disorders and reactions to severe stress, including Post-traumatic Stress Disorder (PTSD). [7]

Traditionally, a loose division of labor allocates housework and child care to women and outside work to men. But women have long been part of the labor force. Before socialism, rural women worked alongside men in fields and on the farm. They also prepared meals and processed food for storage, kept the house, did laundry, and minded the children. Under socialism, women were encouraged to join the workforce. Today, most women expect to have a job or career.

When women work for wages, men share some of the duties at home. Grandfathers traditionally spend time with grandchildren, and fathers take a fairly active role in raising children. Men are less likely to clean, do laundry, cook, and to think of domestic work or child care as their responsibility.

The Relative Status of Women and Men.[edit | edit source]

Croatia is portrayed as a patriarchal society, but women have fairly equal status with men. Men enjoy more privileges and have a higher status and many families prefer sons to daughters. Women are represented in most professions, politics, and the arts and are not likely to take a secondary role in public life. Women are as likely as men to pursue higher education. Status differences are as marked between older and younger people, and between professional or working-class individuals, as they are between the genders. Gender differences are more pronounced among farmers and the working classes than among professionals.

Croats practice bilateral kinship. In principle they favor the father's side of the family. Couples traditionally resided with the husband's parents after marriage, and were expected to have more to do with the husband and father's relatives. Traditional kinship terms reflect this, with different terms for the husband's parents and the wife's parents, and for the two mothers-in-law. In practice, however, many families have resided with or near the wife's parents. Whether a couple live with or are closer to one set of parents or another depends to some extent on personal preference, and also on economic matters (who has room in their house for the couple, who is likely to leave a house or apartment to the couple).[9]

The Ministry of Health and the HZJZ are responsible for determining the national strategy for public health, setting national annual targets, measuring and monitoring performance against set targets and, together with the county public health institutes, organizing and delivering preventive and health promotion services.

Public health services are organized through a Network of Public Health Institutes: one state institute (HZJZ) and 21 county institutes. Their internal organization comprises the following departments: epidemiology, social medicine, environmental health, microbiology and school health. Each department is responsible for implementing programmes in its area of work and overseeing the work of relevant services at county level. The Network of Public Health Institutes provides the following services: epidemiology of quarantine and other communicable diseases, epidemiology of noncommunicable diseases, water, food and air safety, immunizations, sanitation, health statistics and health promotion. Additionally, the system monitors the work of health care providers in terms of the number of services provided, distribution of personnel, etc.

According to the Croatian Health Care Law, the two main roles to be fulfilled by primary health care are: being the foundation of the health care system, and gatekeeping. Primary health care is organized as a network of first-contact doctors. Each insured citizen is required to sign up with a specific GP.

Services may either be provided privately or publicly, in which case providers have to enter into contracts with the HZZO and the uptake of patients is based on referrals from physicians practising in primary health care. Secondary outpatient health care services are mostly delivered through hospitals. Some units are located in polyclinics or single practices.[10]

Health care standard in Croatia is mainly satisfactory, with better accessibility to health care facilities in major cities. Range of health services rendered in remote areas and islands is less, but still within acceptable.

Croatian citizens have the option to obtain health services within private health care providers which are not CHIF contracted partners, either through direct payment or through supplemental insurance which is covering the payment.

Health care services on secondary and tertiary level in major cities are mainly rendered in hospitals. Hospitals can be classified as clinical, general and special hospitals. General hospitals have organized activities that include OBGYN, internal medicine, surgery and pediatrics.

Although in the middle of the reform, the Croatian health care system is rendering health care services in accordance with European standards. Access to health care outside major cities is fairly reduced, but this mainly concerns outpatient-conciliar health care, while primary health care and emergency medicine are available in all parts of the state.[1]

Supplementary insurance is optional. It is provided by private insurers and covers the costs of hotel amenities or a higher standard of care in public hospitals (e.g. choice of doctor, single rooms with television, air conditioning, etc.). It can also be used for preventive check-ups and treatment in privately owned practices contracted by the respective insurance company. Additionally, since 2004 it can be used to cover co-payments charged by public providers.

Privately owned facilities can enter into contracts with the HZZO and become a part of the publicly-funded system. Alternatively, they can choose to operate on their own and charge private fees or enter into contracts with private insurers and charge for services provided under supplementary insurance. Since 2002, the Croatian system does not allow for opting out of social health insurance.

The State also funds extra services such as antenatal and maternity care, school health services and care for the elderly and subsidizes costs of health care in remote regions. The State pays for public health and environmental protection, and health education, and provides income substitution during maternity leave. Capital investments are also funded from the state budget. On an annual basis, each county receives “decentralized funds” from the state Government, which are to be used (after approval by the Ministry of Health) for investments in buildings, technical equipment, etc. County budgetary contributions also fund some public health and environmental protection activities and can additionally be used for further capital investments in county-owned hospitals. The HZZO, aside from paying for medical services, also participates (to a small extent) in funding procurement of medical equipment for publicly owned providers.[10]

The insurance cover for physiotherapy is paid both through the national health care system and privately the patient.[1]