Cardiovascular Considerations in the Older Patient 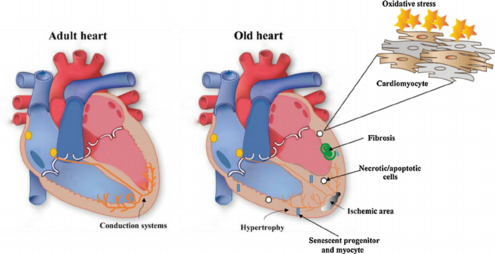 Changes in the myocardium during aging

Age-related Changes in the Cardiovascular System normally occur, with aging being an independent risk factor for cardiovascular disease. However, many other changes that are common with ageing are due to or worsened by modifiable factors.

The effects of ageing are widely diverse and can be identified at the molecular, cellular, tissue, organ, and system levels as contributing to the altered function of the cardiovascular system[1][2]. These changes are outlined below

Structural changes with ageing involve the

There is a progressive degeneration of the cardiac structures with a loss of elasticity, fibrotic changes in the valves of the heart, and infiltration with amyloid. The age-associated structural characteristics that have the greatest impact involve the contractility of the heart's left ventricular wall. The pumping capacity of the heart is reduced with age due to a variety of changes affecting the structure and function of the heart muscle.
Evidence suggests that between the second and the seventh decade an increase in the left ventricular posterior wall thickness of approximately 25% occurs. This increase in heart mass, for the most part, is due to an increase in the average myocyte size, whereas the number of myocardial cells declines.[3] The decline in left ventricular compliance provides an increased workload on the atria, resulting in hypertrophy of the atria.[4]

Note these changes in function: 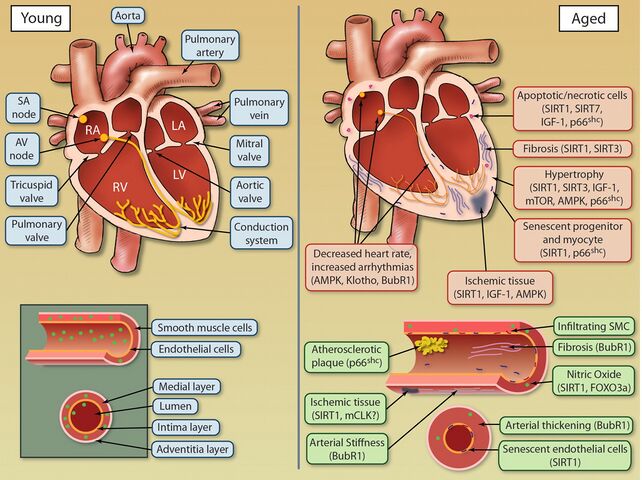 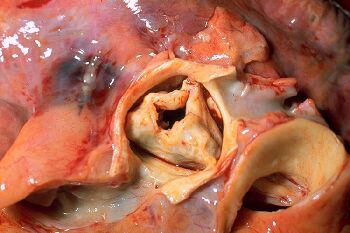 An age-related increase in valvular circumference has been reported in all four cardiac valves (aortic semilunar valve, semilunar valve, bicuspid valve, tricuspid valve), with the greatest changes occurring in the aortic valve (the valve between the left ventricle and the aorta).

Calcific deposits frequently are present [5] on one or more aortic valve cusps. These changes do not usually cause significant dysfunction, although in some older adults, severe aortic valvular stenosis and mitral valvular insufficiency are related to degenerative changes with age. Clinical heart murmurs are detected more frequently. See Auscultation 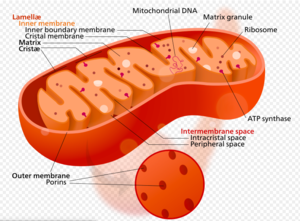 The nucleus, containing DNA, becomes larger and may show invagination of its membrane.The mitochondria show alterations in size, shape, cristal pattern, and matrix density, which reduce their functional surface.The cytoplasm is marked by fatty infiltration or degeneration, vacuole formation, and a progressive accumulation of pigments such as lipofuscin. The combined age-related changes in the subcellular compartments of the cells result in decreased cellular activities such as altered homeostasis, protein synthesis, and degradation rates.[6] 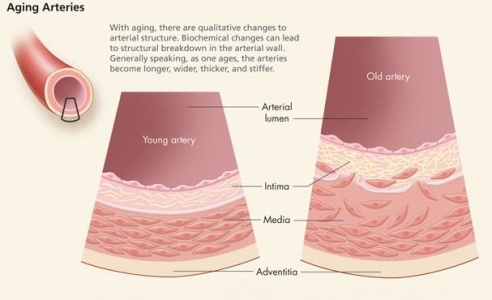 The decrease of elasticity of the arterial vessels with aging may result in chronic or residual increases in vessel diameter and vessel wall rigidity, which impair the function of the vessel. Factors that contribute to the increased wall thickening and stiffening in aging include increased collagen, reduced elastin, and calcification. 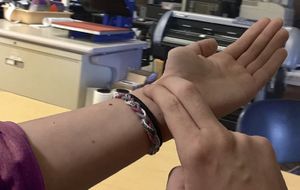 As we age, one of the most notable changes in the cardiac system is the decline in maximal heart rate, see link.

The reduction in maximal heart rate is thought to be due to changes in the autonomic nervous system[10][11], along with age-related decrease in the number of cells in the sinoatrial node.

Reduction in Contractitility of Vascular Walls: This contributes to the slowing of heart rate, lower VO2 max and results in a reduction in the aerobic workload possible. 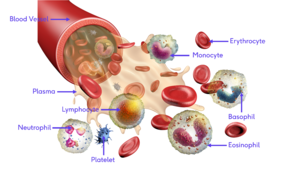 Blood The blood itself changes slightly with age. 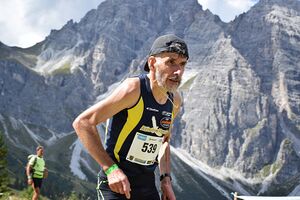 Moderate exercise is one of the best things older persons can do to keep their heart, and the rest of their body, healthy. Lifestyle factors such as physical activity and exercise have a significant impact not only on preventing cardiovascular diseases later in life, but also attenuating age-related cardiovascular function decline in the absence of disease. Note:

This great 11 minute video summarises the changes in the cardiovascular system in the elderly population.