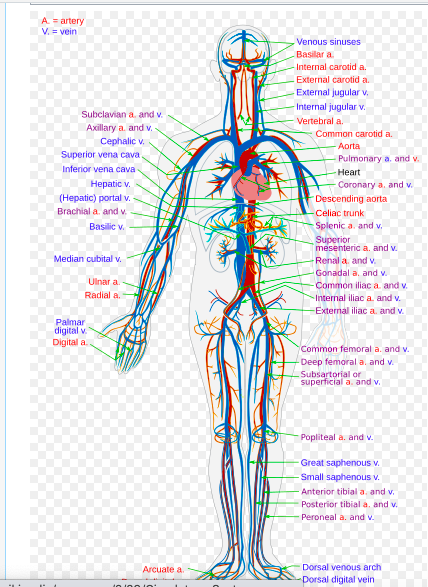 The vessels of the cardiovascular system are the heart, arteries, capillaries, and veins.

This is a transport system, within which the blood is propelled by the heart in a closed circuit through vessels.

This continual circulation of fluid throughout the body serves: 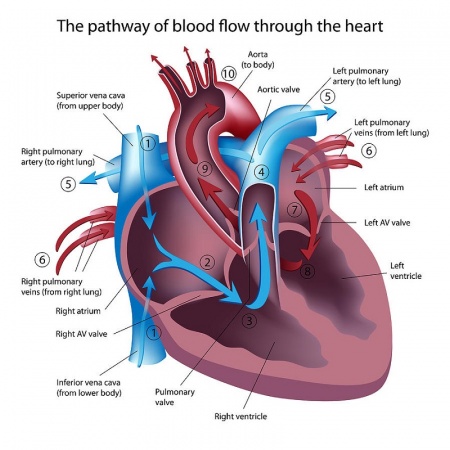 The organ that pumps the blood through the vessels. It pumps blood directly into arteries, more specifically the aorta or the pulmonary artery. 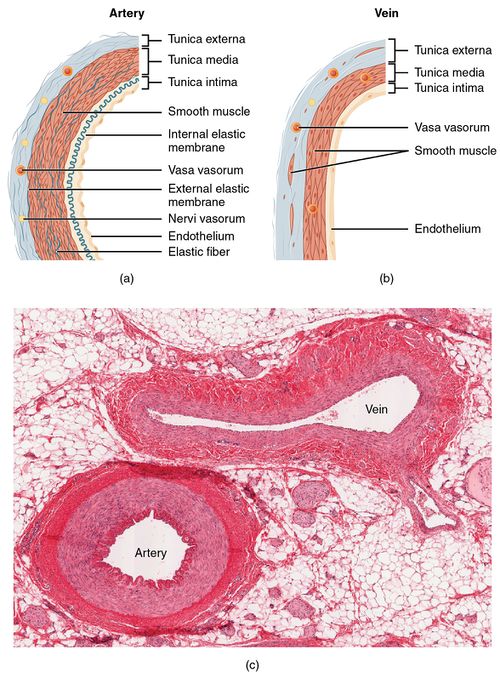 The largest artery is the aorta, which extends from the left ventricle down the left side of the body. It divides into four major regions, the ascending aorta, aortic arch, thoracic aorta, and abdominal aorta.

Arteries can be divided into elastic arteries, muscular arteries, and arterioles 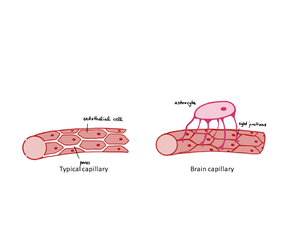 The capillaries can be compared to the smallest branches of a tree and connect arterioles to venules. This thin layer allows for the exchange of nutrients, gases, and waste with tissues and organs.

Transport blood back to the heart, contain valves to prevent the backflow of blood[2]. Veins are: 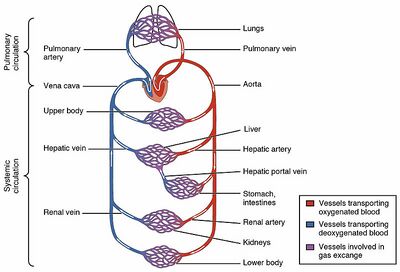 The circulation of nutrient-rich blood between the gut and liver is called portal circulation.

It enables the liver to remove any harmful substances that may have been digested before the blood enters the main blood circulation around the body—the systemic circulation.

Blood flow from the abdominal organs that passes through the portal vein, of the liver, and into the hepatic vein before returning to the heart from the inferior vena cava. This pathway permits the liver to process and detoxify substances entering the body from the gastrointestinal tract.

The renal circulation supplies the blood to the kidneys via the renal arteries, left and right, which branch directly from the abdominal aorta. Despite their relatively small size, the kidneys receive approximately 20% of the cardiac output. Blood mainly comes to the kidney for purification.

First, the kidney receives approximately 20–25% of the cardiac output even though it is less than 1% of body weight. Blood flows through most organs to provide oxygen and nutrients but blood traverses through the kidney primarily to be cleansed. 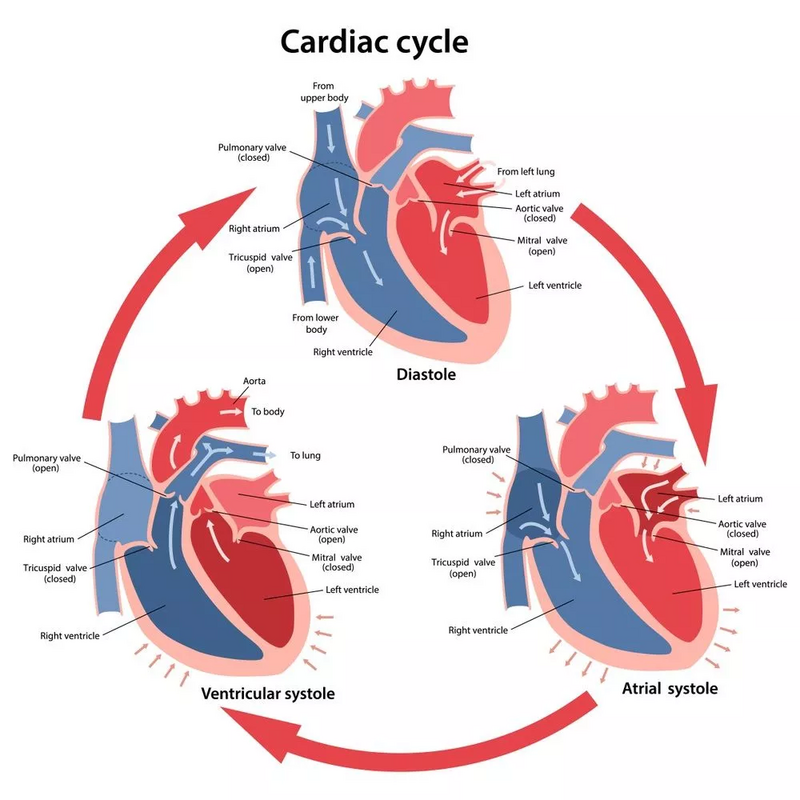 The diastole phase begins with the relaxation of all the heart muscles. During diastole, blood returns to the heart and begins to fill the atria and ventricles. The lack of pressure in the ventricle allows the mitral and tricuspid valves to open, which allow blood from the atria into the left and right ventricles respectively. This phase of the cardiac cycle can be seen in the image below: 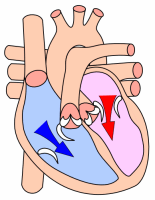 Another wave of contraction starts as the ventricles enter the ventricular systole and begin contracting themselves. The increased pressure in the ventricles closes the mitral and tricuspid valves. The pressure pushes open the aortic and pulmonary valves. This can be seen in the image below. This starts the systole part of the cycle. 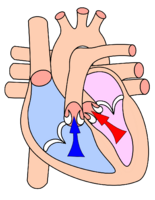 Semilunar valves are open, the ventricle contracts, and blood is ejected out.

In the first stage of diastole, the semilunar valves are closed at the end of this period.

Atrioventricular valves are opened, the ventricle relaxes, and filling occurs.

Atrial contract and a small amount of blood enter the ventricle.

For more details on the various heart sounds, refer to Auscultation. 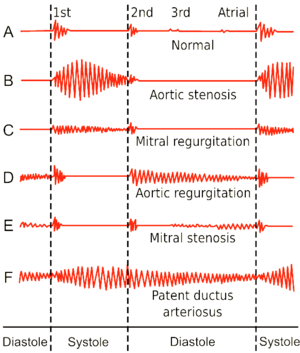 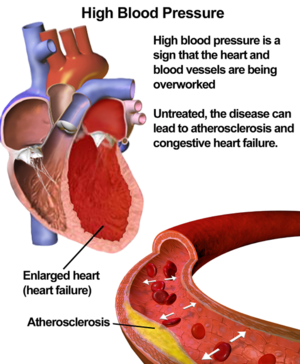 The following items are important for the clinical assessment of the vascular system: