Original Editor - Merinda Rodseth based on the course by Bernice Saban

The previous literature reviews on the risk factors, evaluation and management of plantar heel pain (PHP) identified a lack of support for any of the commonly used assessment and treatment options for this condition.[1][2][3][4] This highlighted that there was a need for appropriate methods to assess and manage PHP and led to the development of a new tool for PHP.[5] This protocol involves:

A comprehensive physical examination is essential for the effective diagnosis and management of plantar heel pain syndrome (PHPS) and effective assessment tools are required. Assessment tools have, over time, become more sophisticated and technologically advanced, but even these advancements have not enhanced the assessment of PHP. Historically, physical examination tests have been an essential part of clinical assessments as they are more readily available and less expensive than diagnostic imaging methods.[6]

In an attempt to find an accurate means of assessing PHP, two tests were found to reproduce the heel pain experienced by an individual with PHPS during a regular foot and ankle evaluation. These were the:[5] 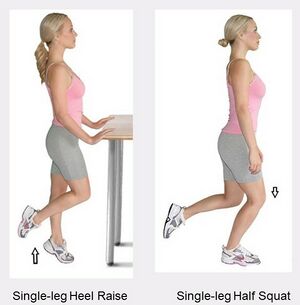 This raised the question of why these tests would provoke pain in the heel (Figure 2).[5] Considering that PHPS is associated with weight-bearing, could the reproduction of the pain be attributed to an increase in weight-bearing? Yet during these movements, the weight is shifted from the heel to the forefoot, thus reducing weight-bearing on the heel.

If not because of increased weight-bearing, could these tests be causing increased stress in the plantar fascia? But once again, when analysing these motions, this does not seem likely.[5] During the single-leg heel raise, the increased extension of the toes might increase tension in the fascia, but plantarflexion at the heel reduces this tension. Similarly, during the single leg mini squat, dorsiflexion of the ankle increases fascial tension, but this is reduced by flexion of the knee.[5] Thus, if there is an increase in fascial tension, it will be minimal considering how these movements cancel each other out. 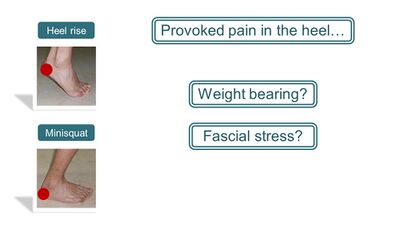 Figure 2. Proposed reasons for pain provocation in the heel

Based on these findings, Saban and Masharawi[4] investigated if these tests were able to reproduce heel pain in a larger population, and conducted a clinical trial involving 40 patients with a typical presentation of PHP (Figure 3).[5] 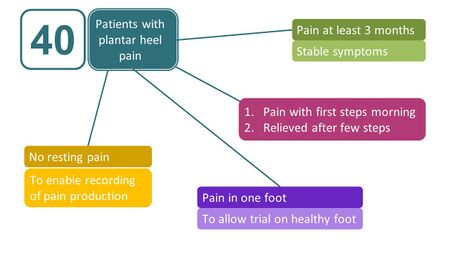 Figure 3. Inclusion criteria for participants in the trial assessing the reliability of three clinical tests for assessing PHP[4][5] 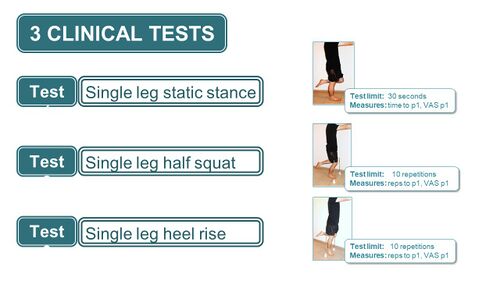 Figure 4. Description of the clinical tests used[4][5] (P1 refers to the appearance of pain)

The measures used to assess the tests included (Figure 5):[4][5] 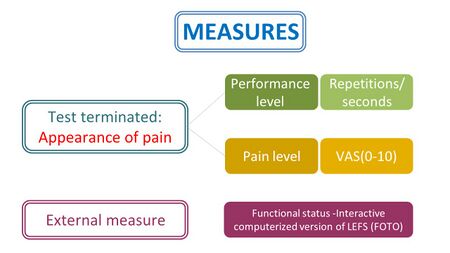 The aims of this study were to investigate whether:

The study procedure was as follows: 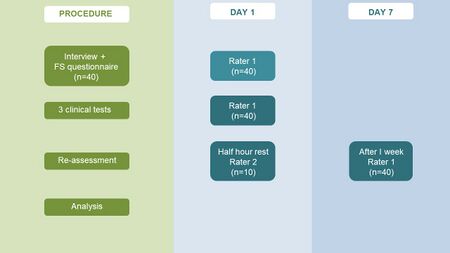 Figure 6. The procedure of the clinical trial[4][5]

Moderate to high levels of interrater and intrarater reliability were reported for all the tests and a correlation was reported between the level of pain (VAS) and the functional scale (LEFS) (Figure 7).[4] 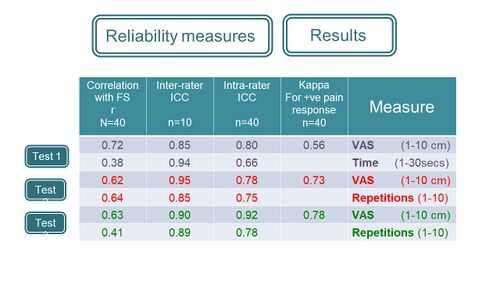 Figure 8 illustrates the frequency of a positive pain response for each individual test and combination of tests.[4][5] 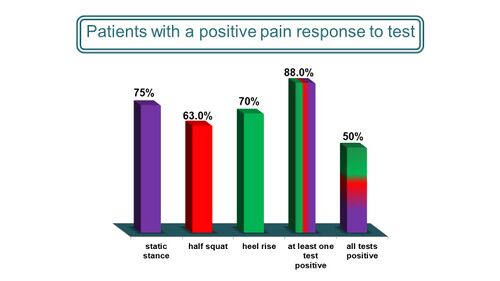 Figure 8. Frequency of a positive pain response for the clinical tests

It is important to also mention that some of the patients only experienced pain towards the end of the testing protocol, which indicates that many repetitions might be needed to reproduce the patient’s pain.

In conclusion on the assessment tools, the study by Saban and Masharawi[4] indicates the existence of simple, relevant and reliable clinical tests that are performance-based, easily applied and appropriate for the assessment of PHPS.

Considering the presence of pain in the heel with PHPS, the source of pain has often been assumed to be at the level of the heel. This is a prime example of the thought distortions described by Daniel Kahneman when he posed his quiz question described in Figure 9.[7] If one opens his / her mind and looks further, it becomes clear that the pain experienced in PHPS might not be in the heel after all.[5] 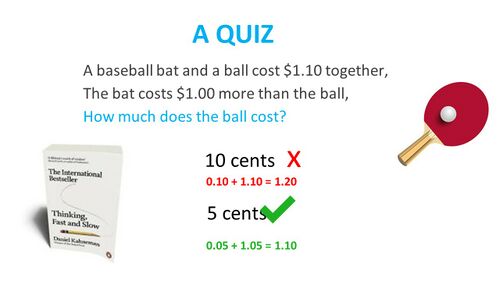 No definite conclusions have been made about the treatment of PHPS due to a lack of high-quality evidence.[1][2][3][4][8] Hence, following the above discussion on the assessment of PHP, it is necessary to consider how to progress to the treatment of this condition. If the heel pain provoked during testing is not caused by an increase in weight-bearing or fascial stress, could it be due to a contraction of the calf muscle? This should be considered given that the: 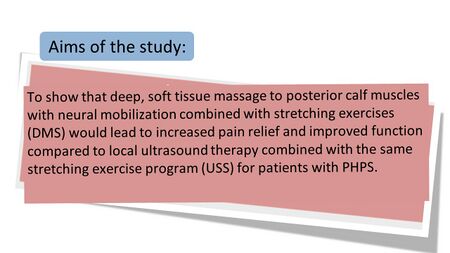 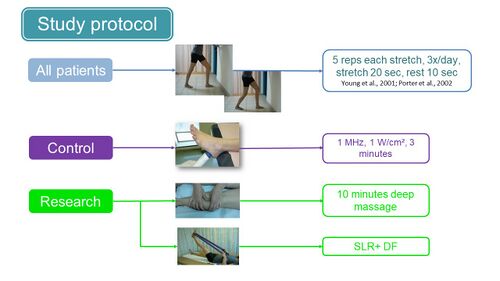 Figure 11. Study protocol of the study by Saban et al.[9]

The primary outcome measure in this study was a functional status questionnaire (computerised version of LEFS). The secondary measure was the level of first-step pain in the morning (VAS).[9] A visual representation of the flow of patients through the study can be found in Figure 12.[9] 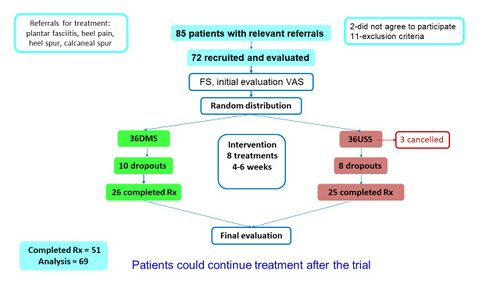 Figure 12. Flow of patients through the study by Saban et al[9] 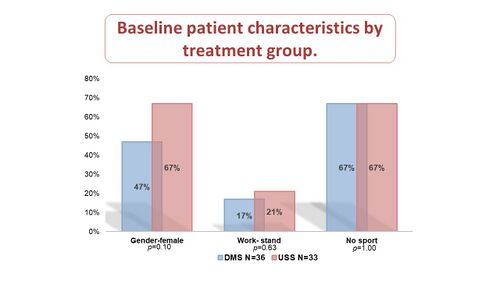 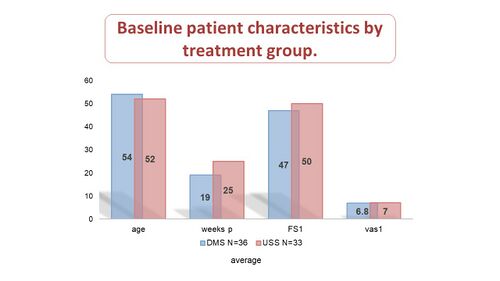 Completion rates were similar between groups and also corresponded to those of two other studies investigating similar aspects to the study (Figure 15).[9][10][11] 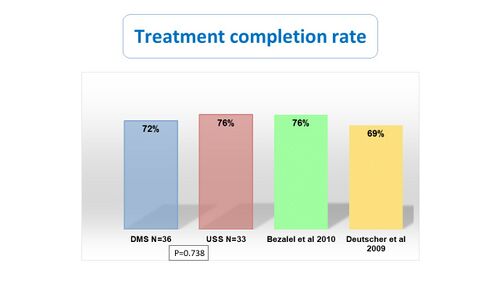 The results on the primary outcome of the study indicated that even though both groups improved on the functional scale, the deep massage group (DMS) improved by 15 points compared to the 6 point improvement in the ultrasound / control (USS) group (Figure 16).[9] Wang et al.[12] indicated that a change of 8 points is needed for any change to be clinically significant. Thus, even though the USS group improved statistically, there was no real clinical change whereas the DMS group improved both statistically and clinically (Figure 16).[9] 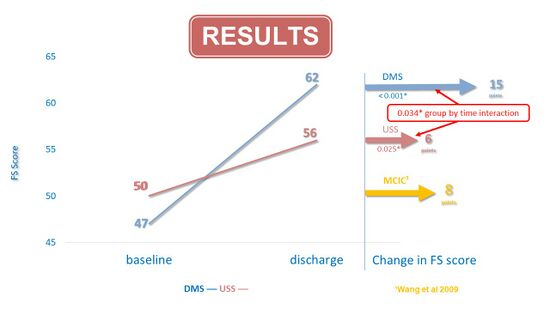 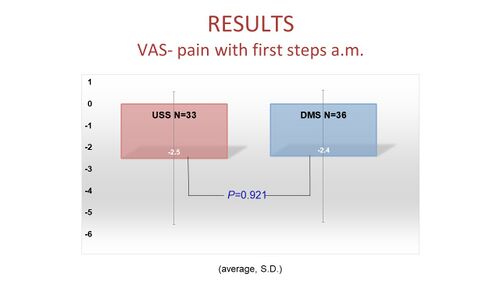 In the study by Saban et al.,[9] deep massage therapy to the posterior calf muscles and neural mobilisation combined with stretching exercises had superior short-term functional scale outcomes compared to ultrasound treatment with stretching exercises. This treatment protocol is easy to use and effective for PHP and could therefore be recommended for individuals with PHPS.[5][9]

There are, however, some limitations to this study, including:[9]

This treatment approach is also supported by two other studies performed by Renan-Ordine et al.[13] (Figure 18) and Ajimsha et al.[14] (Figure 19). Renan-Ordine et al.[13] suggested myofascial trigger point therapy of the calf for PHP, but the results of the study are not that clear and the clinical effect is unknown (Figure 18). Amjisha et al.[14] investigated the effect of myofascial release of the calf in PHP and found a clear difference between groups with the myofascial release group performing much better compared to the control sham ultrasound group (Figure 19). 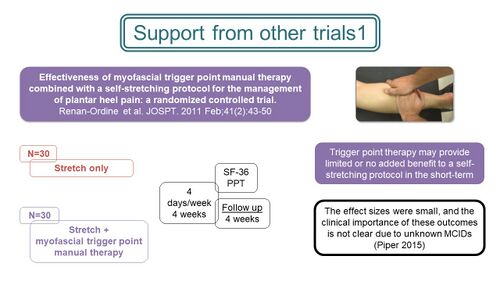 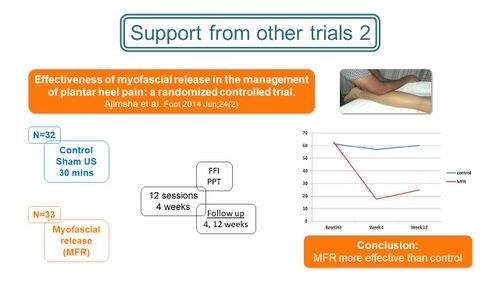 This new protocol for the assessment and treatment of PHP is showing promising results for the management of PHPS.[9][13][14][15] The next course in this series will investigate the anatomical features behind this protocol followed by details on how to apply this technique and manage a treatment session with a patient.